Emma Raducanu says she will not be deterred from travelling to the next Grand Slam tournament in Australia – even if that means having Christmas away from home.

Main draw players for the Australian Open face the prospect of flying out from the Middle East over the festive period, in order to serve the quarantine arrangements before warm-up tournaments begin.

The new US Open champion says she will be prepared to do that ahead of what will be a very different experience for her at a Major. 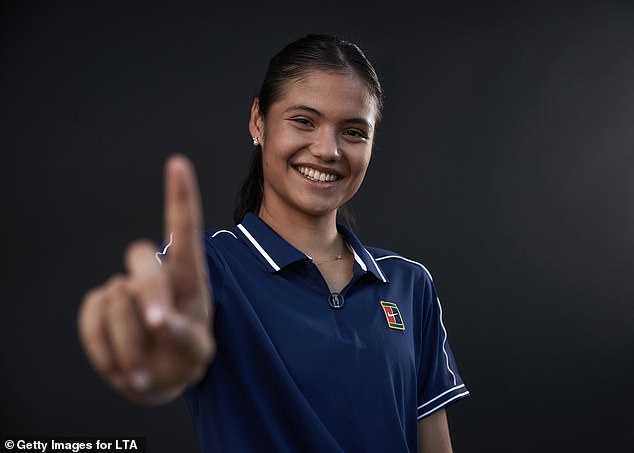 ‘Whatever needs to be done to be able to play the Australian I’ll do,’ she said. ‘It’s not even in my mind, I just want to be at the Australian Open, and want to compete there so whatever it takes to do, I’ll go.’

As one of the approximate 50-60% of tennis players who has been double vaccinated, she is likely to find restrictions less onerous than for those who have so far declined.

Raducanu now has the distraction of finding and settling in with another new coach after last week’s decision not to extend the deal with Andrew Richardson, who guided her to the extraordinary triumph at Flushing Meadows.

However, she pledged that nothing would make her lose her focus on further improving her tennis. That includes not getting carried away with all the high profile appearance offers that have flooded her way, such as attending the Met Gala in New York. 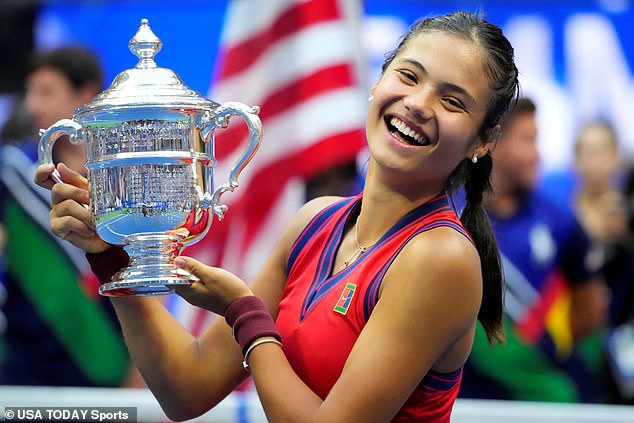 ‘All these opportunities and events I’ve been invited to have been very cool and exciting but being on court, that is exactly where I want to be.

‘That’s where my head is. Going back on court (last week) I felt like this is exactly where I belong, and it was just so nice to be out there doing what I love again and that’s where it’s at.

‘I feel like I’m learning and absorbing all the knowledge like a sponge and soaking it all in. That’s what I really want to do. I’m not focused on results, I’m focused on how much I can learn, because that’s what’s really going to drive me forward.’

The search for a new coach will involve her main manager at IMG, Max Eisenbud, drawing up a list of potential candidates who are deemed to have the necessary experience of the elite end of the women’s game, and the week-to-week grind of the tour.

However, it is Raducanu’s father Ian who is likely to have the decisive say in who gets the job. In football parlance Richardson was the caretaker manager plucked from the shadows who ended up doing an incredible job, while not being deemed sufficiently qualified as a long-term option.

Yet it is not an exact science, and time will tell whether swapping him for a more high profile and experienced candidate turns out to be the right call.