Home » Tennis » Emma Raducanu reveals how she will handle her £1.8m fortune after US Open win 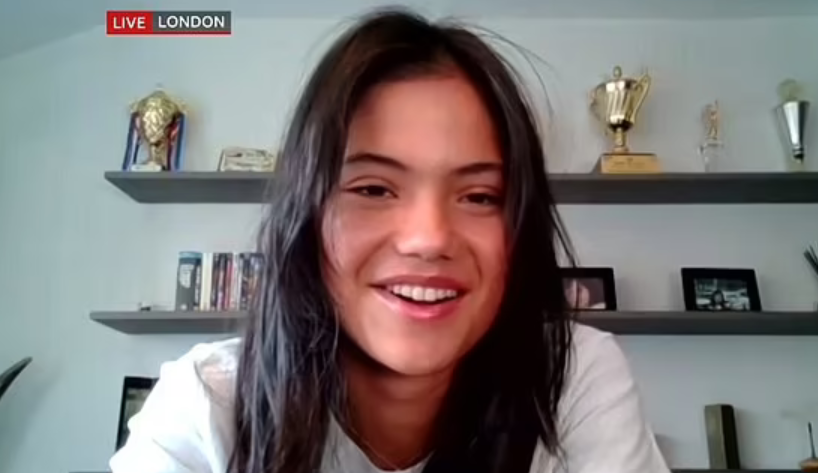 Emma Raducanu insists she has no lavish plans to spend her newfound fortune and will leave her parents to handle the 1.8million she won as a result of her groundbreaking US Open triumph.

The British teenager has shot to global superstardom over the course of the last fortnight after creating British sporting history by becoming the first woman from these shores to win a grand slam event in 44 years.

Raducanu’s exploits were rendered all the more remarkable given she had to pre-qualify for the tournament, but blew her various opponents away, dropping not a single set en route to glory.

The 18-year-old arrived back in England on Thursday where she was reunited with her parents who appear set to play a vital role in keeping her grounded and focused on the glorious tennis career she appears to have in front of her.

Asked on breakfast television whether she had yet worked out how to spend the winnings, she replied: ‘I will just leave that to my parents. They can take that for me.

‘I haven’t done anything or bought anything yet. I know tennis is an expensive sport. From everything, travel and expenses.

‘It’ll probably go towards that. I don’t really think of the money side of that. I know there are a lot of taxes and expenses.’

Raducanu revealed she spent her first night back in the UK watching a replay of her momentous victory.

‘I think it’s gradually sinking in a bit more. Last night I re-watched the final and tried to relive a couple of the moments and remember how it felt,’ she added.

‘But it’s still such a whirlwind of an experience. I’ve loved every moment of it. It is something that is very difficult to fully comprehend.

‘When I was watching it, it almost feels like that’s not me who’s playing and pulling off some of those shots.

‘I knew exactly what was going to happen but still there’s some very tense moments and I was really proud of how I came through some moments.

‘And the timeout at the end, I didn’t realise how stressful that was watching on TV.’