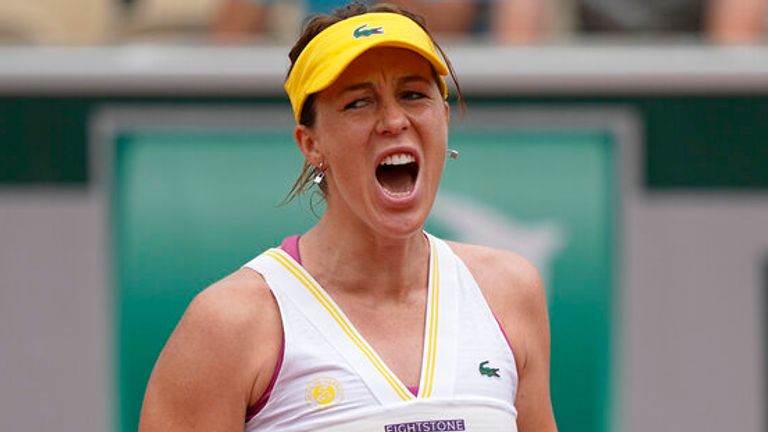 Anastasia Pavlyuchenkova and Tamara Zidansek came through a couple of marathon women’s quarter-finals at the French Open to set up a meeting for a place in Saturday’s final.

Ten years after reaching her first Grand Slam quarter-final, Russian Pavlyuchenkova made it through to the last four for the first time at Roland Garros, while surprise package Zidansek prevailed in a dramatic tussle with Paula Badosa.

Pavlyuchenkova was an exceptional junior and her breakthrough at Roland Garros as a 19-year-old seemed the first step to greater things.

A decade after making her 1st Slam QF at 2011 Roland Garros, the 29yo Russian snaps her 0-6 record in Slam quarterfinals to edge Elena Rybakina 67 62 97 to make her 1st major semifinal.

But so far she has not managed to live up to the sky-high internal and external expectations, falling five more times in quarter-finals but never making it further.

She finally took that next step at the age of 29 thanks to a gruelling 6-7 (2-7) 6-2 9-7 victory over Serena Williams’ conqueror Elena Rybakina.

The young Kazakh did not serve as well as she had against Williams and a double fault on Pavlyuchenkova’s first match point decided the contest after two hours and 33 minutes. Slovenian Zidansek had never previously been beyond the second round at a Grand Slam.

She was the outsider of the unexpected quarter-final line-up but she held her nerve when it counted to win 7-5 4-6 8-6 against Spain’s Badosa.

What an incredibly hard fought match between @paulabadosa and @tamara_zidansek Kudos to both players 👏👏👏an inspiring match full of winners.. #newbreedhasarrived

Zidansek looked poised for a more comfortable victory when she led by a set and a break against Badosa but the Spaniard fought back and led early in the decider.

Zidansek, who was a champion snowboarder as a child, beat former US open champion Bianca Andreescu in the opening round, before going from strength to strength on the red dirt.

She said: “It feels overwhelming. It’s hard to take it in this fast. But I’m just trying to focus on my game, on myself.

“Of course it was a great opportunity for the both of us to get into the semi-finals, but I guess I managed to keep my composure today a little bit better than her. But still, it was a tough battle in the end.”

The greatest lessons come from the toughest battles. I will be back stronger. 💪🏻

Loved every minute @rolandgarros. Always a dream to compete and give my best here. 🧡🧡

Thanks to my team for helping me be where I am now. Much ❤️ to my fans! ✨ See you soon! pic.twitter.com/7Nd5oNRkSh

Badosa admitted she was unable to handle her nerves, saying: “It was a tough one. I think she played a good match. I didn’t feel myself in the whole match.

“I’m a little bit sad about that because I think I played maybe the worst match of the tournament and of the clay season, but sometimes it’s like that.” 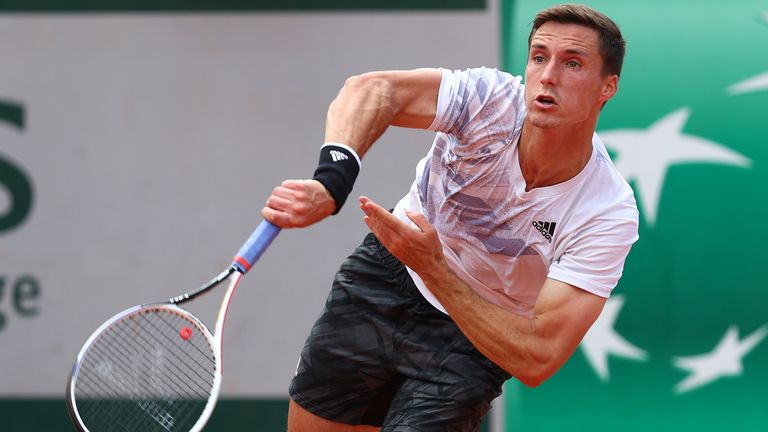 Britain’s Joe Salisbury is through to the final of the mixed doubles with American partner Desirae Krawczyk.

The pair did not need to take to the court at Roland Garros, with semi-final opponents Juan Sebastian Cabal and Giuliana Olmos withdrawing ahead of their match.

Victory for Salisbury in the final would make him the first British champion at Roland Garros in one of the five main events since John Lloyd lifted the mixed doubles title with Australian Wendy Turnbull in 1982.

Salisbury said: “That would be pretty amazing, I didn’t realise it was that long since somebody had won it.

“I wasn’t really expecting to be in the final of the mixed this week. Obviously the focus was on the men’s doubles, had a disappointing week here in that (losing in the second round) and just went out in the mixed pretty relaxed.

“If we lost we could then go home, practise on the grass, but it’s great, we played well, won a couple of matches. Obviously it’s a smaller draw this year so it seems a bit strange that we’ve only won two matches and we’re in the final.

“Obviously there is more on it (now) and it would be great to win a slam in the mixed. We will try to play the same way as we did in the first couple of rounds.”

It will be a first mixed doubles final at a Grand Slam for Salisbury and a third final overall after he and Rajeev Ram claimed the men’s doubles title at the Australian Open last year and were the runners-up this year.