MIKE DICKSON: How a moped crash at university set British No 1 Cameron Norrie on the road to success… transformed from a partying student into a model pro, now he’s looking to set up a potential Wimbledon semi-final against Novak Djokovic

Cam Norrie looks back to a foolish escapade during his student days as the catalyst which propelled him to the top of tennis.

A young undergraduate at university in Texas, the British No 1 crashed his moped on one of the nights out he had become a little too fond of.

Concussed and needing stitches to his face, it earned him the kind of hairdryer treatment from college tennis coaches that made him change his ways. 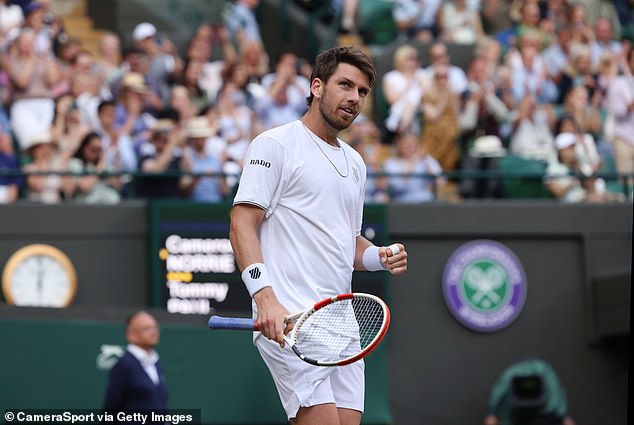 British No.1 Cameron Norrie is looking to set up a Wimbledon encounter with Novak Djokovic

Long since regarded as a model professional by his peers, Norrie now finds himself in Wimbledon’s last eight. On Tuesday, he will be favourite to beat Belgium’s David Goffin and set up a potential semi-final against Novak Djokovic. Norrie is grateful that his time at Texas Christian University — from where he went on to become the prestigious NCAA champion — allowed him to get some immaturity out of his system.

‘I was going out more than I probably should have been, like a typical student there, enjoying myself a lot,’ he said.

‘After that the coaches really kicked me into gear and I was definitely more professional. It was more the reaction with the coaches and the team, I didn’t want to let anyone down.’

He was forced to miss one of his first scheduled tournaments on the professional circuit in nearby Dallas due to the concussion, which gave him the necessary jolt. 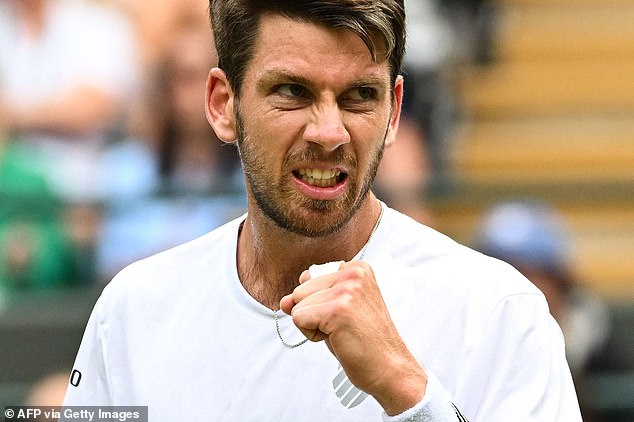 ‘I grew up a lot after that. From then on, I was like, OK, I want to play tennis and commit to that.’ These days Norrie is known for his staunch work ethic and few players’ life stories make him more suited to the peripatetic lifestyle of a tennis pro than his.

Born in Johannesburg to British parents who had met there while working as microbiologists, they emigrated to Auckland after a break-in at their home.

Having given up cricket because he found fielding a bore, he applied his main assets — co-ordination with his hands and stamina derived from cross-country running — to playing the racket sport.

With funding scarce and New Zealand’s geographic isolation, he came to London at 16 to pursue his tennis career and adopted the nationality which came with his passport.

Then it was on to Texas to take a sociology course, which he intends to formally complete as he ended up leaving early to turn professional. 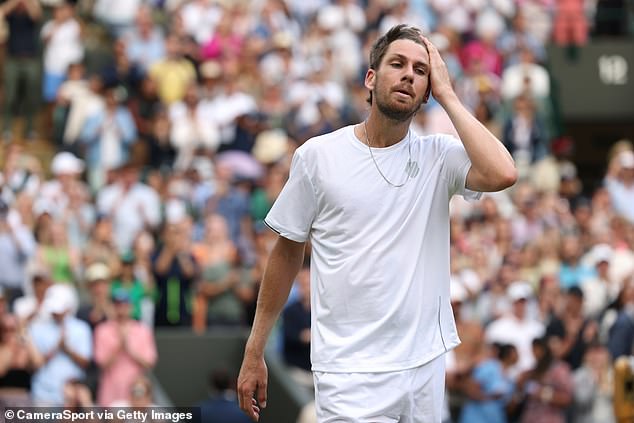 For the last few years home has been a flat in Putney in south-west London, where he lives with his sister, and from which he cycles in to Wimbledon on non-playing days.

An unfussy attitude and methodic way of playing has seen him exceed original expectations. Few saw his ceiling much above the top 50 but he cracked 30 a year ago and his consistency has seen him hovering all season around No 10.

Had he secured a higher profile there would have been more temptation to put him on Centre Court on Tuesday. Instead he will be on Court 1 again and may not be displeased as he has played well before on the secondary arena.

Now he faces David Goffin, the fluent stylist who was in the top 10 five years ago but has slipped to No 58. Many British fans might best remember him as the man who, at his peak, was beaten by Andy Murray in the match which clinched the 2015 Davis Cup final for Great Britain. 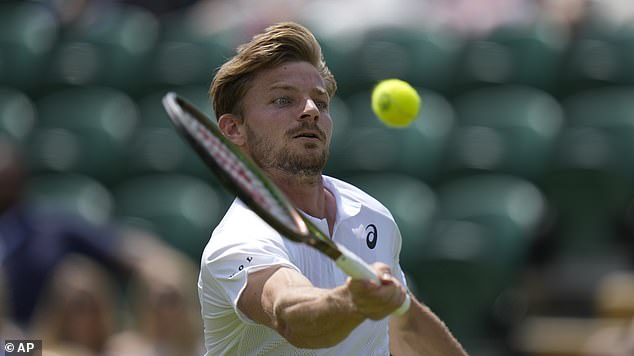 Norrie will have an excellent chance if he maintains his unflappable performance on the big points so far seen this fortnight. He scores highly in both break-points converted (45 per cent) and saved (72 per cent).

It should also help him that Goffin played the longest match of the tournament in the last round, taking four hours and 36 minutes.

Given that few are fitter than Norrie — who reels off 10k runs in under 38 minutes — he will be looking to provide the Belgian with a gruelling afternoon’s work.