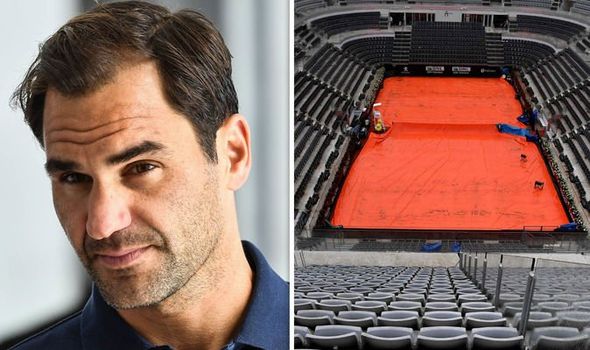 Federer was due to open proceedings on Court Centrale against Joao Sousa at 10am BST but persistent rain in Rome made sure that was never possible.

Rafael Nadal’s clash with Jeremy Chardy would have followed Federer’s match but the day session has finally been scrapped nearly eight hours after play was scheduled to begin.

The revised order of play has just four matches on the schedule with officials hoping world No 1 Novak Djokovic can get onto court against Denis Shapovalov.

Other matches that could also be played are Philipp Kohlschreiber vs Marco Cecchinato, Yulia Putintseva vs Petra Kvitova and Anett Kontaveit vs Maria Sakkari. 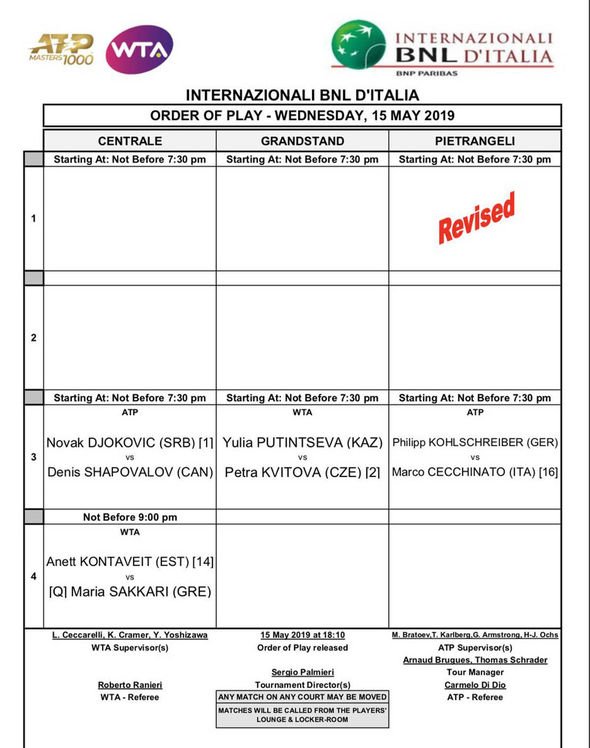