‘I’m trying to pee… although it does help ease the loss!’: Jessica Pegula drinks a BEER in her press conference after being knocked out of US Open – before explaining to reporters that she wanted to speed up the drug testing process!

American Jessica Pegula killed two birds with one stone after her quarterfinal loss to Iga Swiatek, sipping a beer so she could pee for a drug test while admitting the adult beverage helped ease her straight sets loss.

Pegula bowed out of the tournament via a 3-6, 6-7 loss to No. 1-seed Swiatek Wednesday night, but looked in decent spirits after the match.

The No. 8 seed’s quarterfinal run was the best of her career at the Open, as she improved on her previous best of a third-round finish from the last two years. 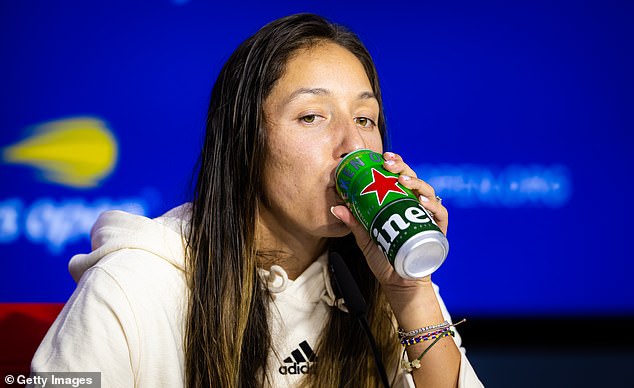 And the American put together arguably her strongest season to date in 2022.

She reached three Grand Slam quarterfinals (including the US Open) and became the top ranked American tennis player in the world.

She also reached the doubles final at the French Open. 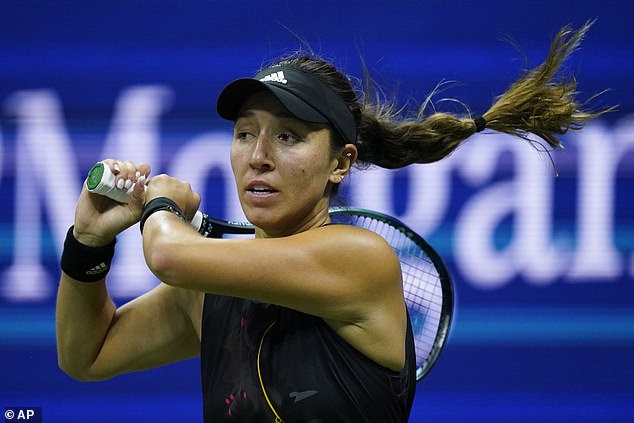 Pegula, 28, achieved the best US Open run of her career despite her loss vs. Iga Swiatek

Yet Pegula could not get past Swiatek on Wednesday, despite breaking the Polish player on six occasions.

Pegula led in both sets but got just 59 percent of her first serves in as she bowed out of the tournament.

Swiatek will face Aryna Sabalenka Thursday for a spot in the final.