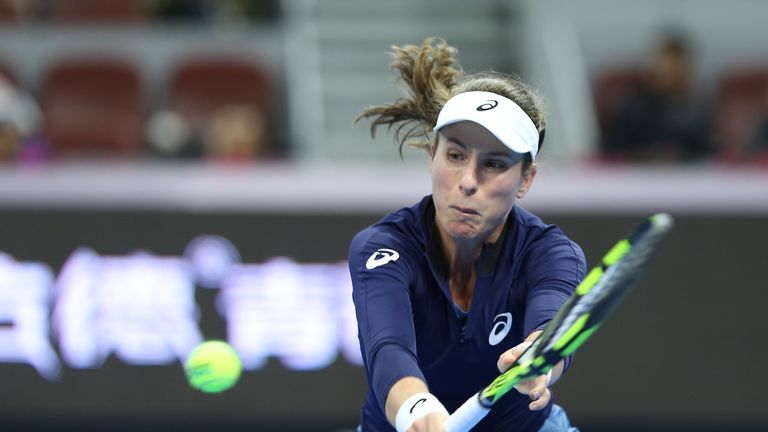 Johanna Konta has hired Dimitri Zavialoff as her new coach, her fourth in as many years.

Konta reached a career high of No 4 in the WTA rankings during July 2017 but is currently No 39 in the world.

The 27-year-old parted company with American Michael Joyce in October after their partnership failed to see her significantly improve her ranking.

Konta had previously worked with Esteban Carril for two years until 2016, when Dutchman Wim Fisette became her coach.

Fisette helped her reach the semi-finals of Wimbledon in 2017 but after her form dipped, the pair split at the end of last season.