Seven-time Grand Slam champion John McEnroe has explained the moment he realised that Roger Federer was a “super special person” during a trip to Asia. The American was full of compliments for the Swiss star in a personal message penned to the 41-year-old, despite McEnroe captaining Federer’s opposition at the Laver Cup.

McEnroe’s Team World will take on Federer in his final competition before retiring from professional tennis, as he competes alongside Rafael Nadal, Novak Djokovic, Andy Murray, Stefanos Tsitsipas and Casper Ruud. McEnroe paid tribute to the 20-time Major winner in a personal message ahead of the Laver Cup.

“You’re obviously a class act,” McEnroe told Eurosport. “I’ve loved watching you play and commentating your matches has been a privilege. You are the most beautiful player that I’ve ever seen on a tennis court. And I idolised Rod Laver – so that tells you something.

“Thank you for everything you’ve done. That’s all I can say. Your absolute love of the game, it rubs off on all of us. And I’ve got goosebumps just feeling that because it’s been a pleasure to watch you these last 20 years.”

JUST IN: Dan Evans shares what ‘king-like’ Federer is like behind the scenes 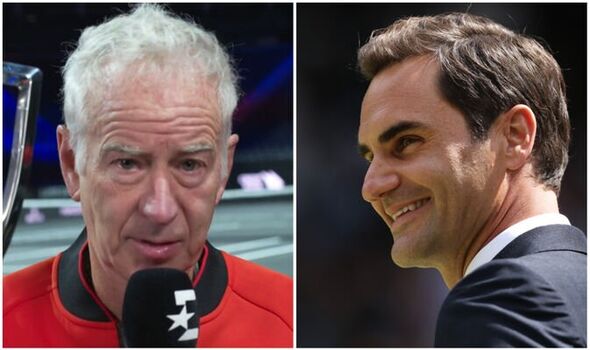 “We can lose sight of how unbelievable it is. But I think in ten years, 20 years when you look back, you’re like, ‘wow’. I don’t think the next guy is going to win 20. Although, I didn’t think any of these three would win this many.” 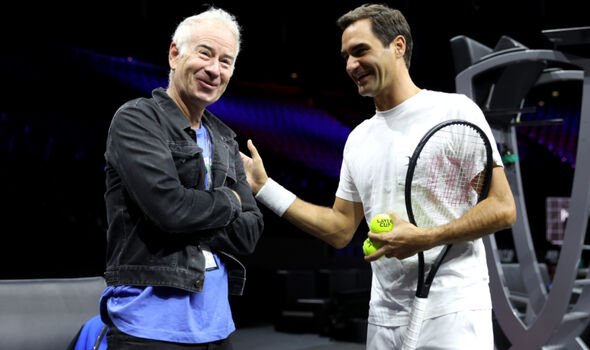 McEnroe went on to describe a trip he took with Federer and Bjorn Borg that made him realise how much the man set to retire after the Laver Cup loves the sport. “Bjorn and I went to Asia with Roger on an exhibition tour,” McEnroe added. “The week before at the ATP finals, he got sick and wasn’t able to finish the event. And we both thought he’s going to retire and pull out.

“He played and he talked about how much he loved the travelling and he loved the press conferences, and he loved just being around the people and everything about it. I’m like, ‘this guy just played 40 or 45 weeks of the year, he’s playing a couple of meaningless exhibitions’. We were like the opening act.

“And that absolute love of the game was something that really rubbed off on me and made me feel like this guy is a super special person. He is really as nice as he appears.”