John McEnroe has warned Novak Djokovic that a Golden Slam is hard to win, pointing out that neither Rafael Nadal nor Roger Federer have managed the feat.  Djokovic is favourite to win Wimbledon this month after cruising into the quarter-final.

The World No 1 has had an excellent year and ended Nadal’s domination of the French Open in June.

The Spaniard had won each of the last five titles at Roland Garros but was beaten by Djokovic in a stunning final in Paris.

It was Djokovic’s second Grand Slam of 2021, having already defeated Daniil Medvedev in the final of the Australian Open in February.

The Serb can win a Golden Slam – when a player wins all four majors in a calendar year – by lifting the Wimbledon title this month and then winning the US Open in September.

He will also feature at the Olympic Games in Tokyo later this summer. 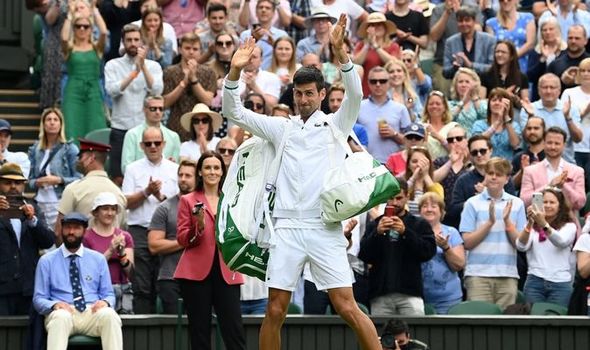 Djokovic has previously spent time as the reigning champion in all four Grand Slams but has never done it in a calendar year.

McEnroe, a seven-time Grand Slam champion, has warned Djokovic that a Golden Slam will be difficult to achieve.

“This is my personal opinion, he’s going to lose at the Olympics,” he said on BBC.

“It’s all best-of-three and it’s tough to get back up that fast.

“Maybe someone can surprise him and then it will wake him up for the US Open and he’ll win it all which will be monumental.

“Novak did hold all four in a row at one stage and I’ll take that any day of the week along with any other player.

“This is crazy that he’s been this consistently good and arguably better than ever at this age.” 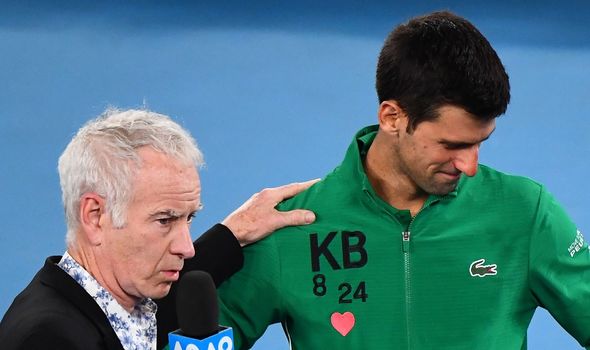 Djokovic defeated Cristian Garrin to progress to the quarter-final at Wimbledon.

He feels confident of further success to add to an impressive 2021.

“My confidence levels are high. After winning the French Open… that was probably one of my biggest wins under those circumstances” Djokovic said after beating Garrin 6-2 6-4 6-2.

“Two five-setters, two four-setters. It took a lot out of me but at the same time it gave me wings.

“It gave me the confidence boost that I needed for Wimbledon. The energy levels are really good, I’m really pleased.

“This (grass) is the quickest surface in sport, so obviously coming off of clay takes a little bit of time to adjust your game and to make sure that you are at your best.

“The further the tournament goes, the more I feel like I am comfortable playing on grass. I am looking forward to the next challenge.”
Source: Read Full Article