Thanasi Kokkinakis will need either a wildcard from Tennis Australia or have to earn his spot through qualifying in order to play at January’s Australian Open.

The 23-year-old from South Australia, who has had another injury-riddled year, won’t feature at next week’s wildcard play-off event at Melbourne Park.

Kokkinakis, the world No.200, was last year controversially overlooked for one of the discretionary wildcards but gained his way into the Australian Open draw with three wins in qualifying. 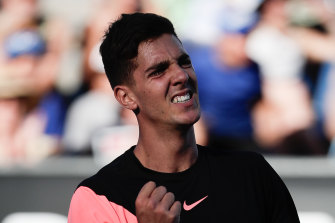 Lower-ranked compatriots Alex Bolt, Marc Polmans and Alexei Popyrin were all granted walk-up starts, prompting intense speculation about the selection process. However, the choices were largely vindicated. Bolt had a strong campaign at Melbourne Park, reaching the third round before losing to German Alexander Zverev, while 20-year-old Popyrin had a breakout 2019 to surge into the top 100.

Kokkinakis hasn’t played since reaching the final of a Challenger event in the United States in September and has been busy on the training court ahead of the Australian summer.

However, he won his first match at the majors in more than four years at the US Open before a persistent pectoral injury hampered him again. He made the heart-breaking decision to withdraw from his second round match against Rafael Nadal after it had been allocated prime time billing in New York. 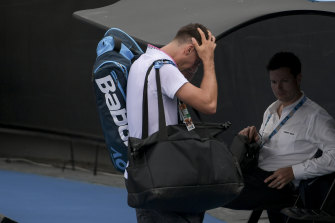 “I thought it was all going well. I felt good physically in that match, straight after I felt all right and then the next day when I woke up it was just the same thing that’s been bothering me all year," Kokkinakis said at the time.

Kokkinakis also retired in the Australian Open first round due to injury after his fight through the qualifying process.

In Melbourne next week Bolt, the world No.160, will be the highest ranked Australian in the 16-man field striving to win the wildcard play-off event. Blake Mott, Luke Saville, John Patrick-Smith and rising youngster Rinky Hijikata are also competing.