BREAKING NEWS: American hotshot Sebastian Korda delivers HUGE upset to knock 2022 finalist Daniil Medvedev out of the Australian Open – with 22-year-old reaching fourth round in Melbourne for first time in his career

Sebastian Korda served up the most impressive win of his career to knock two-time finalist Daniil Medvedev out of the Australian Open.

The 22-year-old, ranked 31 in the world, had never previously made the fourth round in Melbourne but it rarely ever looked in doubt after a commanding start ended in a 7-6, 6-3, 7-6 win.

Medvedev, who needed a medical time-out earlier in the contest, struggled to find any rhythm that took him to the final in 2021 and 2022, with US hotshot Korda ruthless. 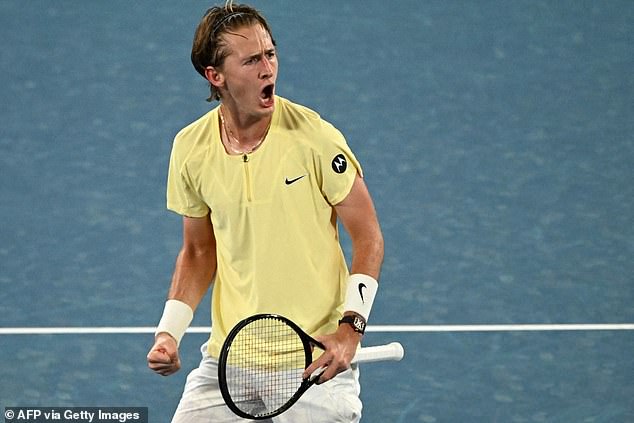 Sebastian Korda, 22, delivered the most impressive win of his career at the Australian Open 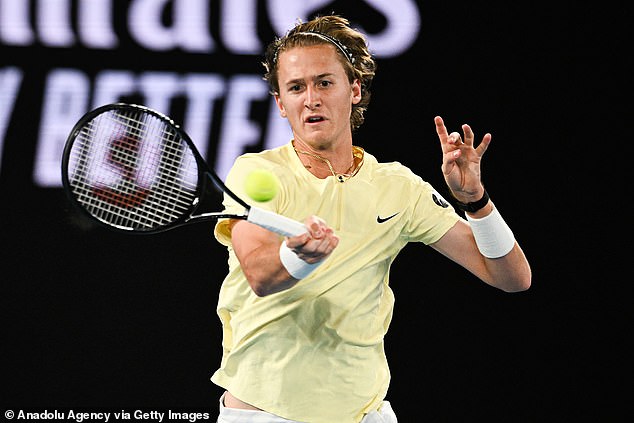 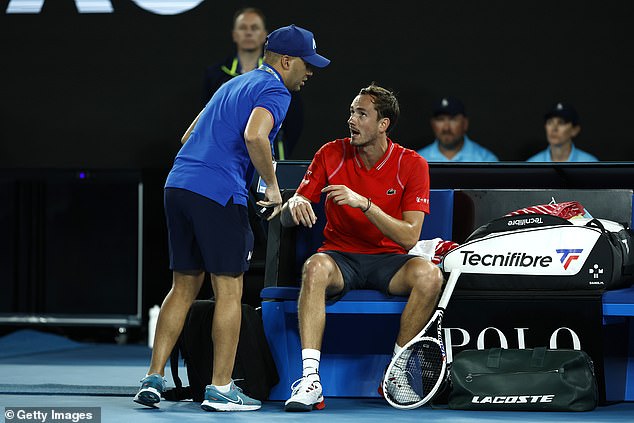 It was a nip-and-tuck opener with Korda racing into a 4-1 lead following two early breaks of serve.

Medvedev would respond with two breaks of his own and it forced a thrilling first-set tiebreak which, after many back and forths, saw Korda take it 9-7 in a set that lasted 85 minutes.

Korda had a 0-1 record prior to Friday morning against Russian high-flyer Medvedev, losing their only other meeting in 2021 at the Paris Masters. 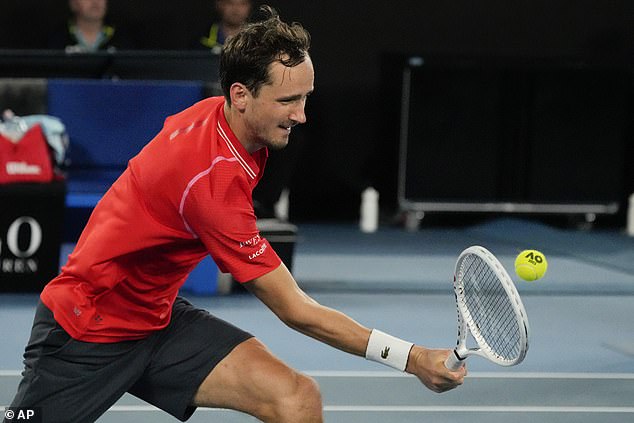 Korda’s sensational slicing worked well against Medvedev, who likes to be at back of the court 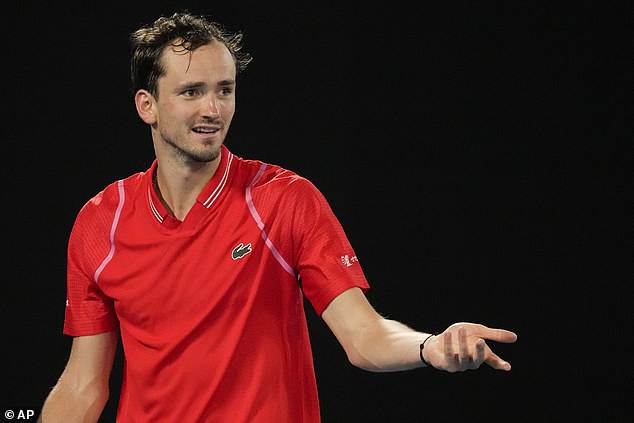 And there are two other all-American ties, with JJ Wolf facing Michael Mmoh and Tommy Paul taking on Jenson Brooksby

The American’s slice game from deep by the baseline caused havoc for the big-hitting Medvedev and Korda, despite his inexperience at Slams, looked in cruise control.

Korda’s first serve was beginning to become increasingly erratic – he was at this time landing just 52 per cent of them in – but he would take the second set 6-3, putting him a set away from a first ever fourth round appearance in Melbourne.

Korda looked set for a rout when up 4-0 in the third but he stumbled and Medvedev, a former world No 1, responded to level it up at 4-4. Both men held serve to force a tiebreak but in the end the American stuck to his guns and delivered the finest win of his career.

He will face Poland’s Hubert Hurkacz next. 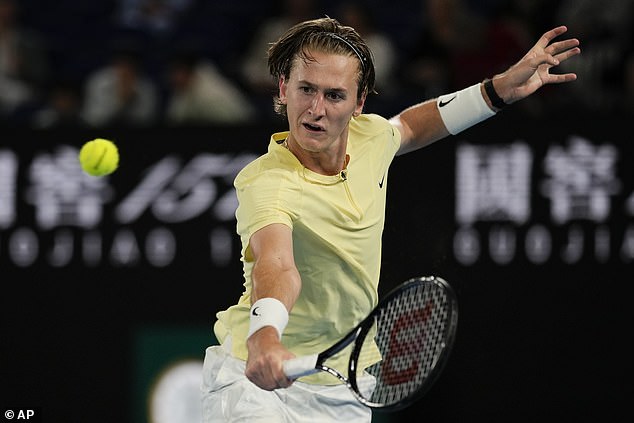 Despite a wobble up 4-0 in the third, Korda held his nerve to win a third-set tiebreak to seal it 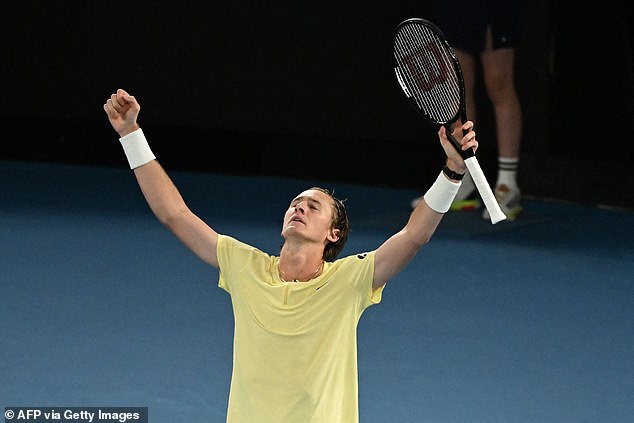 ‘Thanks for the atmosphere and support, you guys were awesome,’ Korda said afterwards.

‘That was an unbelievable match. I kind of knew what I needed to do and I stuck with it when the emotions were up and down. It’s an amazing match for me.’

Asked what his game-plan was to combat Medvedev dictating from the baseline he added simply: ‘Just go for it!’

Korda is from one of the greatest sporting families, with his dad Petr winning the 1998 Australian Open, with his sister Nelly winner of the Australian Open golf. His mum was also a fabulous tennis player while his other sister Jessica is also a star in golf.