‘She’s had a career that I don’t think ANYBODY will emulate’: Nick Kyrgios hails ‘once in a generation’ Serena Williams after tennis legend’s farewell at the US Open

Nick Kyrgios has paid tribute to Serena Williams after the ‘once in a generation’ tennis superstar brought an end to her glittering career in New York City.

On the enormous Arthur Ashe Stadium she met her final match in the shape of World No. 46 Ajla Tomljanovic, who eventually ran away with their US Open third round 7-5, 6-7, 6-1.

Williams leaves the sport as one of the greatest to ever grace the court. The American has won a staggering 23 Grand Slams and transformed the women’s game on a global scale. 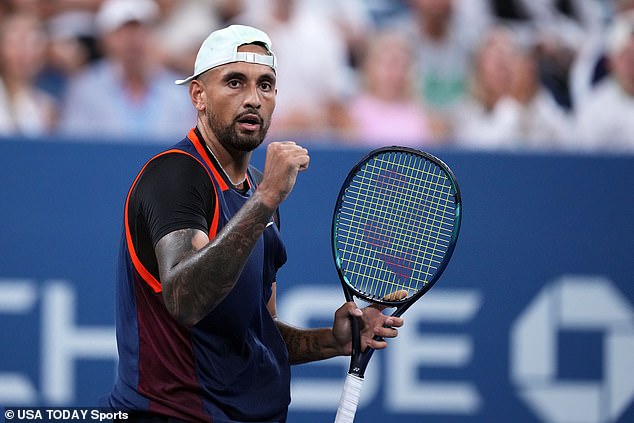 And after his victory in the third round at the US Open, Kyrgios hailed Williams as a ‘once in a generation’ talent, insisting that it will be hard for anybody to match her incredible record.

‘She has had a career that I don’t think anybody else will emulate,’ the Australian said.

‘You know, you’ve got a couple on the men’s side who are trying to catch her in Grand Slams but Nadal, Serena, Federer, Novak … these are once in a generation athletes and I wouldn’t even put myself in the same category, ever. 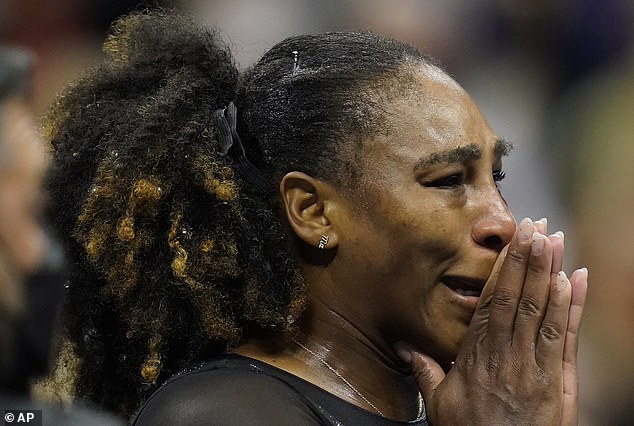 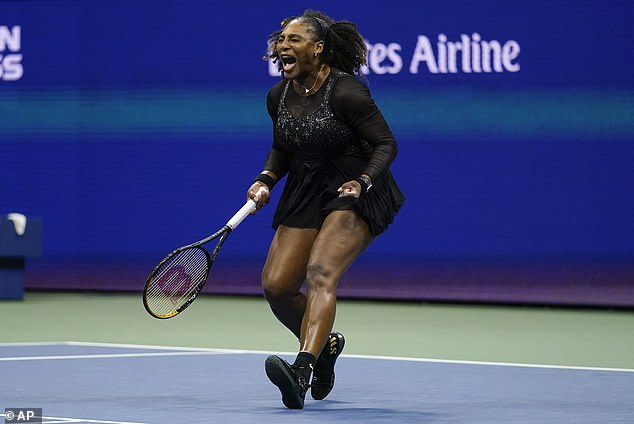 ‘It is a special moment for her, I’m sure. She played extremely well as well, she won two matches and nearly got on top there so that’s a hell of a way to go out and I just appreciate what she has done, I’m sure everybody in this building does as well.’

An emotional Williams thanked her family and loved ones for their support during her 27-year professional career.

‘Oh my god, thank you so much, you guys were amazing today,’ she said in an on-court interview filled with emotion. ‘I tried but Ajla just played a little bit better.’ 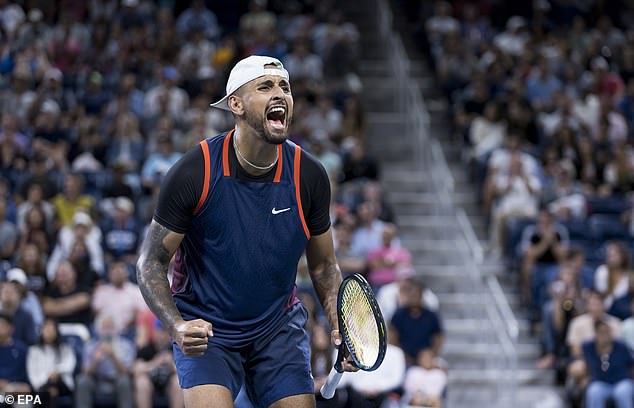 With tears in her eyes, she added: ‘Thank you Daddy, I know you’re watching. Thanks Mom. I just want to thank everyone that’s here, that’s been on my side, so many years, decades. But it all started with my parents and they deserve everything, so I’m really grateful for them.’

Williams continued to credit her elder sister Venus as an inspiration for her instrumental role in the 23-time Grand Slam singles champion’s career.

‘These are happy tears I guess,’ she said. ‘And I wouldn’t be wouldn’t be Serena if it wasn’t Venus so thank you Venus. She’s the only reason that Serena Williams ever existed.