“The happy slam,” they call the Australian Open, a tournament whose sunshine and holiday-season charms are reliably seductive for a British audience wreathed in winter murk. Next year’s 109th edition threatens, however, to put that billing to the sternest test. For it is difficult for any of the 256 main-draw players to approach Melbourne with much vigour or bounce on learning that they will, at a minimum, be subject to 19 hours of daily isolation in hotel rooms for a fortnight, with six coronavirus tests thrown in. Spare a thought, perhaps, for the poor souls who emerge from two weeks’ incarceration to be double-bagelled in the first round.

At least they will receive $100,000 losers’ cheques to compensate for the numbing grind of quarantine. Beyond that, it is difficult to find justification, given Australia’s ferociously strict COVID-19 laws, for why this major is taking place at all. It is simply trading on players’ desperation for international competition of any kind, bored to tears as they must be, for example, by the prospect of a third Battle of the Brits at Roehampton next week. 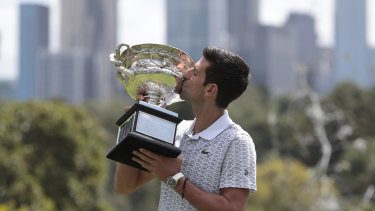 As for the traditional pleasures of a southern-hemisphere summer, forget it. What possible joy is to be had for those 128 players, who, having squirrelled themselves away for 14 days, are eliminated by day two of the event itself? At the other end of the scale, one struggles to imagine why Roger Federer will willingly imprison himself in his unlikely quest for a title he has already won six times.

Be in no doubt, he will, as the world’s most venerated athlete and a close friend of Craig Tiley, the chief executive of Tennis Australia, be lavishly looked after. His experience will have about as much in common with that of the average repatriated Australian as that of Dannii Minogue and Nicole Kidman, who secured exemptions from the full miseries of hotel quarantine on the technicality of being famous.

The awkward reality is that Australia is simply not in a position to welcome the world just yet. From afar, it is heralded as the ultimate COVID success story, with just 28,000 cases in nine months, fewer than the UK has reported in a single day. But those achievements are protected by draconian measures without parallel in the western world.

As it stands, its entire population is banned from leaving the country, with even the most compelling cases rebuffed 20 times or more. The only other nations to have erected such a barrier are Belarus, Namibia and the Ivory Coast. All the A380s belonging to Qantas, the national carrier, have been mothballed in the Mojave Desert until 2023. Every overseas visitor is treated, essentially, as a pulsing biohazard, whose quarantine meals must be deposited outside the door by orderlies in haz-mat suits. This does not, in short, sound like the recipe for a “happy slam”.

Quite understandably, many Australian citizens still stranded around the world by this ring-of-steel approach are aggrieved at seeing a 1000-strong tennis entourage ushered in through the back door. Those who have missed family funerals by government decree fail to see how the same politicians are prepared to unfurl the red carpet for Serena Williams. Sport, of course, is a cornerstone of national identity, with the Australian Open crucial not just to tennis’s coffers but to the city of Melbourne, which has only just begun to recover from months of hard lockdown. But there is a sense Australia would be better advised redressing the chaos and misery that its hard border has caused its expatriates before it dares to ask, “Anyone for tennis?“

Doubts persist as to how many players will be put off by the severity of restrictions. Johanna Konta is one of several who has expressed concern about her body becoming deconditioned by isolation. That worry has been mitigated by Tennis Australia’s assurance that all competitors will be able to train for up to five hours a day. It is an unfathomable luxury, when everybody else is denied even a breath of fresh air and whose only hope of exercise is to hire a stationary bike at their own expense. Quarantine is universally accepted in Australia as a sine qua non – invariably, it must be said, by people who do not have to go through it themselves.

They might care to consider how, over Christmas, thousands will remain trapped in hotels, with anybody in Perth warned that presents sent to hotels will be unwrapped and searched on arrival. Such is the face of a country that purports to be ready to host international sport again.

Nobody disputes that the challenge of re-establishing global sport in the age of COVID-19 is infernally complex, or that sacrifices must be made.

Already, there are plans for the Tokyo Olympics to be staged without singing or chanting at venues, to remove a potential vector of transmission. But even at the Games, with the convergence of 200-plus delegations, there is no suggestion of quarantining everybody beforehand. 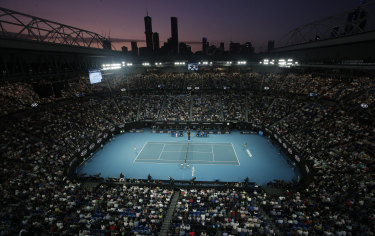 Australia has retreated this year into the most insular mindset, making it abundantly clear that it does not want COVID-ridden aliens anywhere near its shores. That is its prerogative. But by the same token, all those daunted by the protocol book for the 2021 Australian Open are entitled to decide that, ultimately, it is not worth the hassle. Fourteen days of lock-up for tennis? This is one COVID contortion that seems beyond the pale.