Londoner Joe Salisbury and Rajeev Ram pocket their biggest prize of £785,000 after beating Croatian pair Nikola Mektic and Mate Pavic to win the doubles title at the ATP Finals

Londoner Joe Salisbury produced one of his best ever performances to become the first British man to win the doubles title at the ATP Finals.

By doing so he and American partner Rajeev Ram also pocketed the biggest prize cheque of their careers, sharing $930,000 (£785,000), which eclipsed their earnings for capturing the US Open this summer.

Salisbury and Ram defeated Croatians Nikola Mektic and Mate Pavic 7-6 6-4 in Turin, thus going undefeated all week at the event which is open to the world’s top eight pairs. 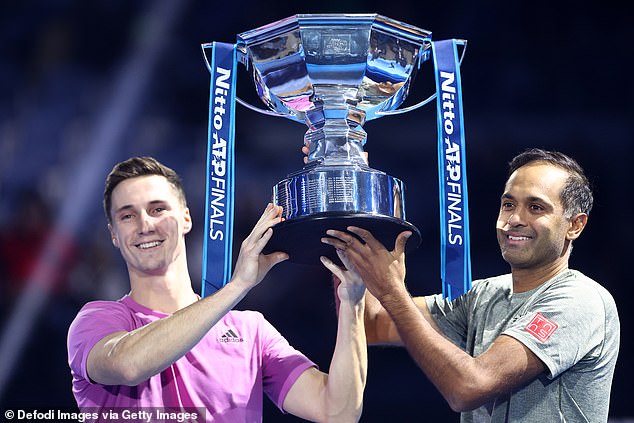 ‘That’s probably up there with the best matches we have ever played,’ said Salisbury, who was described by his partner as having performed ‘out of this world’.

‘We are so proud of everything we have done this week,’ added the British player. ‘We have come through some tough situations, I can’t believe it. We’ve had some tough moments this season but some real highs as well.’

Salisbury and Ram took the tiebreak and 7-4 and demoralised their opponents with an outstanding display of serving, coming through the odd tense point towards the end. 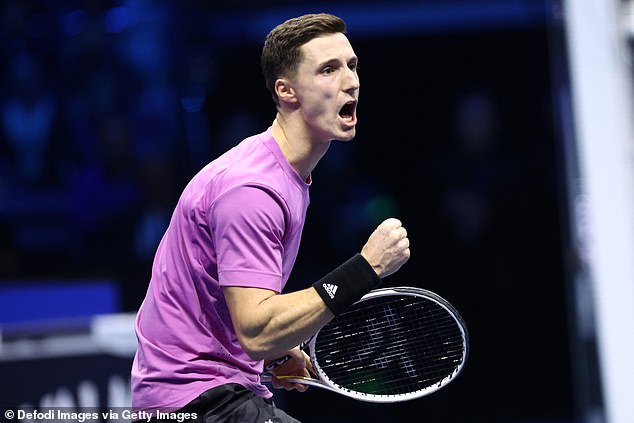 After a season which has seen fellow Brits Neal Skupski and Lloyd Glasspool also excel, this was a fourth title for the Anglo-American duo.

There have also been setbacks for Salisbury, who has contended with back problems and lost both his matches in September’s Davis Cup playoffs.

He and Ram also won the Masters level titles in Monte Carlo and Cincinnati.