Alexander Zverev claimed his third-straight victory over Rafael Nadal to make it through to the semi-finals of the Madrid Open on Friday.

Germany’s Zverev, who won the pair’s two most recent meetings at the 2019 Nitto ATP Finals and last year’s Paris Masters, recorded an arguably greater achievement by defeating the five-time winner of the tournament on his home clay 6-4 6-4.

Zverev, who is yet to lose a set this week, will take on third seed Dominic Thiem for a place in the final.

“Definitely one of the biggest wins of my career so far, especially on clay against Rafa. It is the toughest thing to do in our sport,” Zverev said in his post-match interview. “Beating him in his house, in Spain, is incredible but the tournament is not over yet.”

Sascha is in the semis❗️

🇩🇪 @AlexZverev defeats Nadal 6-4 6-4 and will play Thiem for a place in the final.#MMOPEN pic.twitter.com/AWxj9NDEe6 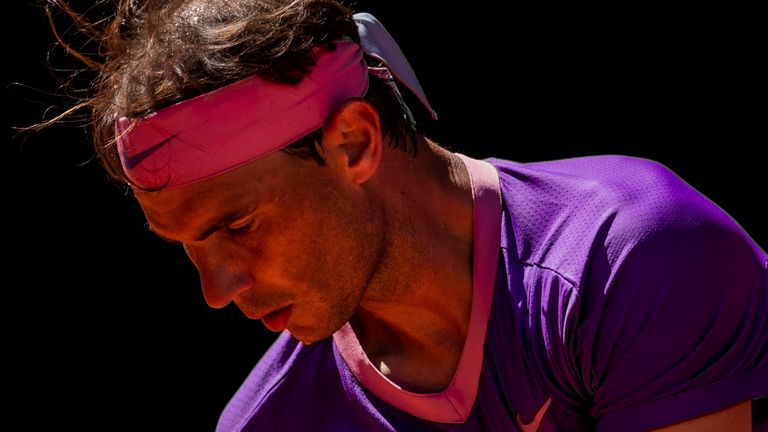 Zverev struggled in the opening exchanges, finding himself 4-2 down before breaking Nadal twice to turn the match on its head and take the first set.

The fifth seed then powered ahead in the second, breaking Nadal’s serve again and holding out to seal a career-first win on clay against the Spaniard.

Nadal, who will be eyeing a record-extending 14th French Open title at Roland Garros, has been improving after a slow start to his clay season.

He said: “I had the match under control at the beginning, playing well for six games, probably playing better than him.

“In the 4-2 [game], serving for 5-2, I [had] a disaster. Another bad game with my game [from] thirty-love. Of course, playing against one of the best players of the world, under these circumstances, with this speed of the court, [it] is very difficult to still [feel] confident.

“I tried, [but it] is true that the serve was difficult to control today. Well done [to] him.”

Thiem, who defeated Zverev to win the US Open, recovered from a set down to defeat three-time Madrid quarter-finalist John Isner 3-6 6-3 6-4.

“I think we all know that he is one of the best servers in history and the altitude here in Madrid makes it even tougher to return his serve,” said Thiem.

“I was a little bit surprised by his return games. I think he actually attacked both of my serves, the first and the second, and it took me a while to get used to it.

“If you start a break down against guys like John, it is like starting a set down. I think the momentum of the whole match changed when I saved those four break points in the second [set].” Thiem leads Zverev 8-2 lead in their rivalry, including a commanding 4-1 record in clay-court encounters.

“I know that I can do it,” Zverev said. “Everyone remembers the US Open final that we played. I remember it certainly and it is still going to be in the back of my mind when we play tomorrow. I am looking forward to the match.”