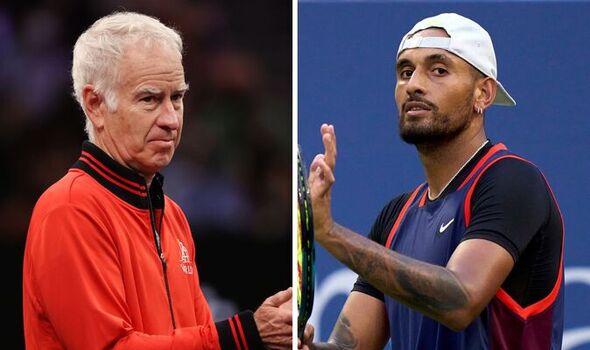 John McEnroe has backtracked on his comments about Nick Kyrgios ahead of the 27-year-old’s blockbuster showdown with Daniil Medvedev at the US Open. Shortly after claiming the Australian wasn’t “good for the sport”, he has made a U-turn and praised Kyrgios’ “beautiful” behaviour.

McEnroe has been one of Kyrgios’ fiercest defenders at times – serving as his captain on Team World at the Laver Cup for the last four years. But the American slammed the world No 25 in a brutal putdown during a recent LA Times interview, saying he took “issue” with a lack of “effort” shown by the Aussie on the match court.

“I feel too often Nick just mails it in. And that’s just not good for him or good for the sport,” the seven-time Major champion said. But it appears that Kyrgios has already prompted the former world No 1 to reconsider, as McEnroe has quickly backtracked on his comments and is now full of praise for the 27-year-old after a “day and night” transformation.

“I along with the rest of the tennis world have been begging this guy for years,” he told Eurosport. As quickly as he branded Kyrgios’ behaviour “bad” for himself and the sport, he has now done a 180 and replaced bad for “unbelievable”.

JUST IN: US Open star threatens to ‘come after’ Rafael Nadal in warning 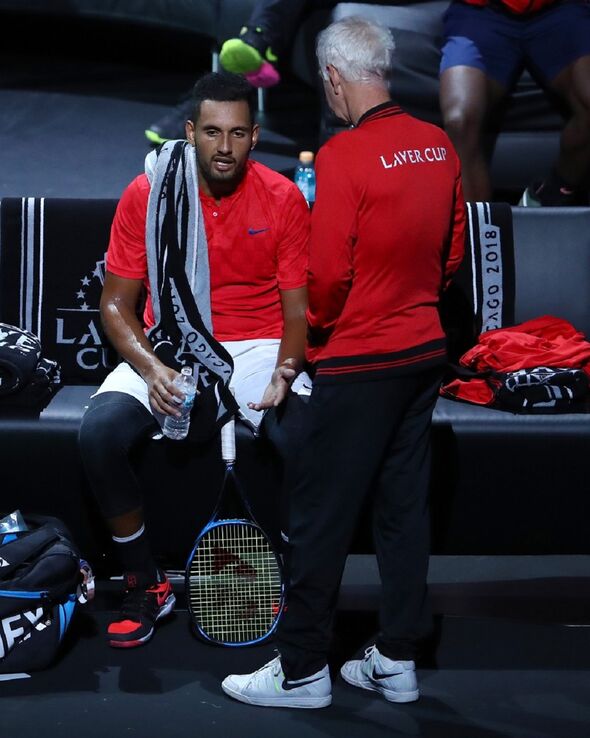 McEnroe – himself a controversial figure in the sport for his infamous on-court antics – had been concerned about Kyrgios’ own behaviour in matches but had been impressed by the seven-time title winner’s new “professional” approach, something Kyrgios himself recently admitted to.

“There’s so many people that have come up to me in the last couple of months saying: ‘I love Kyrgios. I don’t care what he does on the court! I want him to win.’ Every time I see Nick I’m always like, ‘Did I do that?’” the 63-year-old said. 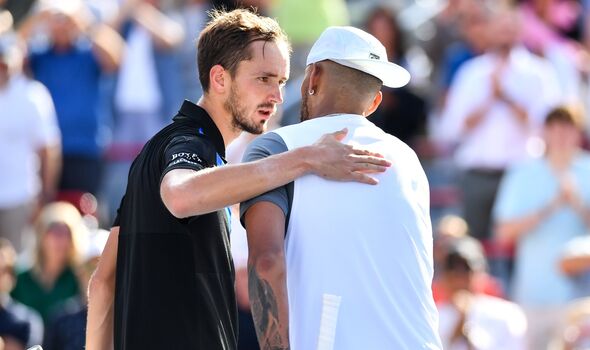 “But it is a classic better late than never, because you’re thinking almost every player on the tour does that don’t they? ‘I get to sleep, I train harder, I watch what I eat, I’m committed’. That’s what it takes, but look at what’s happening now. This guy has been playing incredible, most of this year actually.

“When I saw him three months ago after the clay season, I was like: ‘Wait a second. What has this guy been doing? Because this is night and day. This is beautiful’.” And Kyrgios’ committed approach has already paid off against his next US Open opponent, as the recent Wimbledon finalist upset the world No 1 in Montreal last month, where Medvedev was defending the title.

The Russian is once again the reigning champion in their upcoming meeting at the US Open, and the world No 25 will be hoping to end his title defence early when they face off for the fifth time on Sunday night.