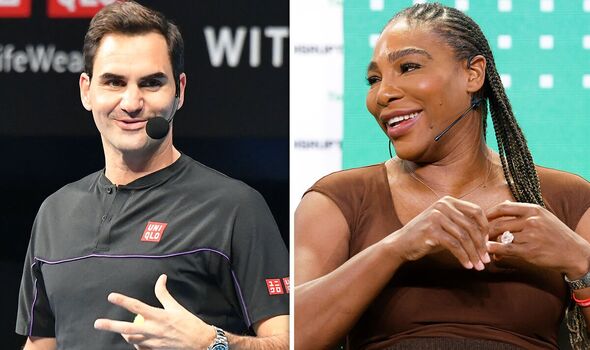 John McEnroe insists Roger Federer and Serena Williams have both been missed during the ongoing Australian Open. The two greats bowed out from the sport last year and the tournament in Melbourne is the first Grand Slam since.

A chronic knee injury led to Federer hanging up his racket last September. Meanwhile, Williams announced her retirement after the US Open but has since suggested she could return to competitive action at some point.

Williams has won 23 Grand Slam singles titles, one behind the all-time women’s record held by Margaret Court. Federer, meanwhile, ended his career on 20.

McEnroe says the Australian Open has undoubtedly missed “stories” that the presence of both Federer and Williams would give. And he reckons the host broadcaster are also wishing the duo were present and playing.

McEnroe told Eurosport: “Ask Australia’s Channel 9 if they are missing their presence! Then you throw in the fact that Ash Barty retired, the reigning Australian Open champion.

Australian Open LIVE: A ‘disgrace’ against Djokovic as director speaks out

“Nick Kyrgios is injured and didn’t even play at the event. So the answer is an obvious ‘yes!’ – you miss these GOATs, the greatest of all time.

“Class act, Roger Federer. Serena Williams – people look at tennis in a different way after all that she has accomplished.

“It is a question we don’t know the answer to, but we were lucky that last year [Carlos] Alcaraz filled the vacuum at the US Open to a fairly large degree.

“There were a couple of incredible matches. Serena had that final run, so that was really great, but the truth is, you need stories.”

Meanwhile, McEnroe hopes Rafael Nadal will have the privilege of deciding when he will retire. The 36-year-old crashed out in the second round in Melbourne to American Mackenzie McDonald.

McEnroe added: “Obviously, this is a guess, and you know, anyone that comments on this is doing the same thing. My suspicion would be because hard courts, you know, especially on the hip, would have more of an impact and are harder to bounce back from.

“My hope is he goes out when he wants to go out, not when we want him to go out. You are talking about a GOAT – greatest of all time – type of athlete.”