Home » Tennis » ‘My body got a shock’: Osaka withdraws from warm-up due to injury

Two-time Australian Open champion Naomi Osaka has withdrawn from her lead-up semi-final due to a minor abdominal injury.

Osaka tweeted confirmation after broadcaster Channel Nine reported the news on Saturday afternoon ahead of Osaka’s Melbourne Summer Series semi-final against Russia’s Veronika Kudermetova at Rod Laver Arena, which was due to be played at 7pm AEDT. 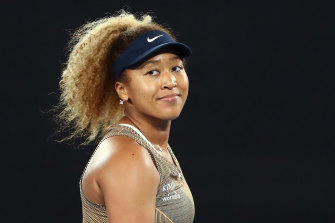 Naomi Osaka has withdrawn from her semi-final on Sunday night.Credit:Getty Images

“Sad to withdraw due to injury from my match today, my body got a shock from playing back to back intense matches after the break I took,” Osaka tweeted on Saturday.

“Thank you for all the love this past week I’ll try to rest up and I’ll see you soon!”

While Osaka, the world No.13, has battled injury and mental health issues since winning the 2021 title at Melbourne Park, she has a history of being cautious about any minor concerns ahead of the Open, including withdrawing from the same event last year.

Nine reported the injury as minor and Osaka was expected to be at full fitness for the grand slam.