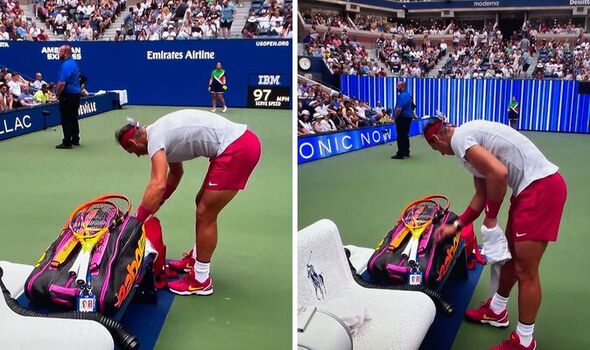 Rafael Nadal was questioned over his “huge” tennis bags during his US Open clash with Frances Tiafoe. Retired pros Martina Navratilova and Jim Courier remarked at how much stuff the second seed appeared to have with him at his bench during the second set of his fourth-round match, as the record 167-time title winner claimed that Nadal must have some “secretive stuff” while in awe of the Spaniard and his intense preparation and attention to detail.

Nadal sat down for the changeover at 5-4 in the second set of his round-of-16 match, rummaging around in his racket bag for something. It prompted Navratilova and Courier to pick up on the size of his bag, as they speculated on what was inside.

“Nadal’s got so many tricks up his sleeve, look at all the stuff he’s got in his bag, he’s pulling out everything,” the American said on Amazon Prime Video. Navratilova marvelled at the second seed for ensuring he had everything he could need during the match as she joked: “I bet you he’s got stuff nobody else has.

“Because he’s got massive bags and it can’t just be double back up and triple back up, there’s got to be some seriously secretive stuff in there.” And Courier agreed with the 18-time Grand Slam champion as he also praised Nadal for his ability to stay prepared. 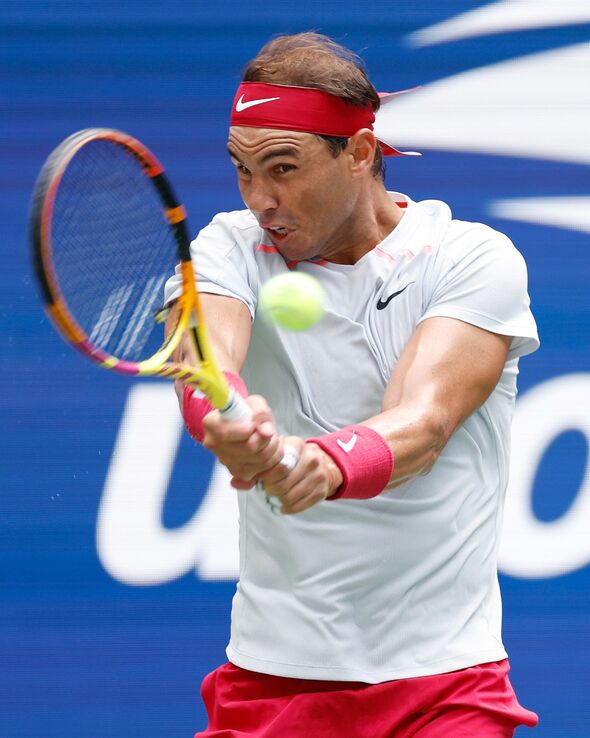