Tennis grand slams: Who is the greatest of all time?

There were several shocks in the US Open third round, but perhaps none more so than Alcaraz’s incredible win over Greek’s world No 3 Tsitsipas. The Spaniard edged out his opponent 6-3 4-6 7-6(2) 0-6 7-6(5) and in doing so, he broke some records along the way.

The victory, one he will remember for a long time, saw him become the youngest player since 1973 to overcome a player in the world’s top three.

Alcaraz has overshadowed the successes of a 19-year-old Pete Sampras in 1990 following his win over Ivan Lendl, and 20-year-old Andre Agassi’s victory over Boris Becker in the same year.

But perhaps it shouldn’t come as too much of a surprise – having impressed a lot before his remarkable victory on the weekend over Tsitsipas, who has come under scrutiny at the US Open following his timely and lengthy toilet breaks.

He became the youngest player since Goran Ivanisevic in 1989 to reach the second round of all four Grand Slams this year.

And he also broke a record previously held by world No 1 Novak Djokovic, being the youngest tennis star since 2005 to qualify for the third round at two Grand Slams in a single year.

JUST IN: Naomi Osaka breaks down in tears following US Open meltdown

Alcaraz has shown he can perform on the biggest stage, and there looks like plenty more to come from the teenager after setting his standards high at such a tender age.

His incredible emergence at just 18 has already landed him comparisons to compatriot Rafael Nadal and Roger Federer – who both have an illustrious 20 Grand Slam titles to their name each.

Alcaraz’s great compatriot Nadal has clearly been left impressed – claiming he can go onto big things if he continues this trajectory.

“I really believe he’s going to be a fantastic player in the near future,” Nadal said.

Alcaraz has been dubbed the ‘new Rafa’ by the 35-year-old’s uncle and former coach Toni.

Ferrero said: “It is difficult to compare [anyone] to Roger Federer, of course, but if I had to say one name [in comparison to Carlos], I’m looking for somebody that is very aggressive and is able to do a lot of things on the court, and Roger is the best in these situations. He can play on any surface and can play any type of style.”

And after stunning Tsitsipas in the US Open third round, Alcaraz admitted he sees similarities between himself and Federer.

“Honestly, I don’t copy any style of other players – I just play my game. But if I have to say one player that is similar [to] game, I think it’s Federer,” Alcaraz said in a post-match press conference.

“I mean, I have not words to explain how I feel right now. I just don’t what happened out there in the court. So, I can’t believe I beat Stefanos Tsitsipas in a big match. For me, it’s a dream come true.”

Alcaraz will now be desperate for his dream US Open run to continue when he faces world number 141 Peter Gojowczyk in the fourth round in New York. 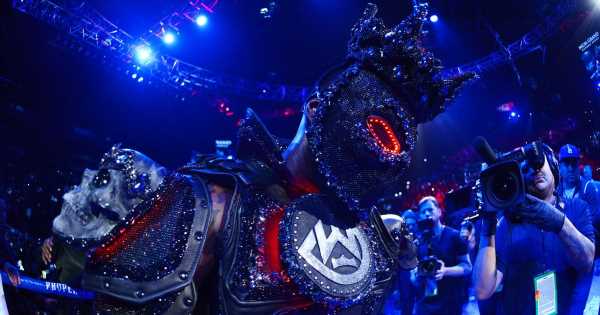