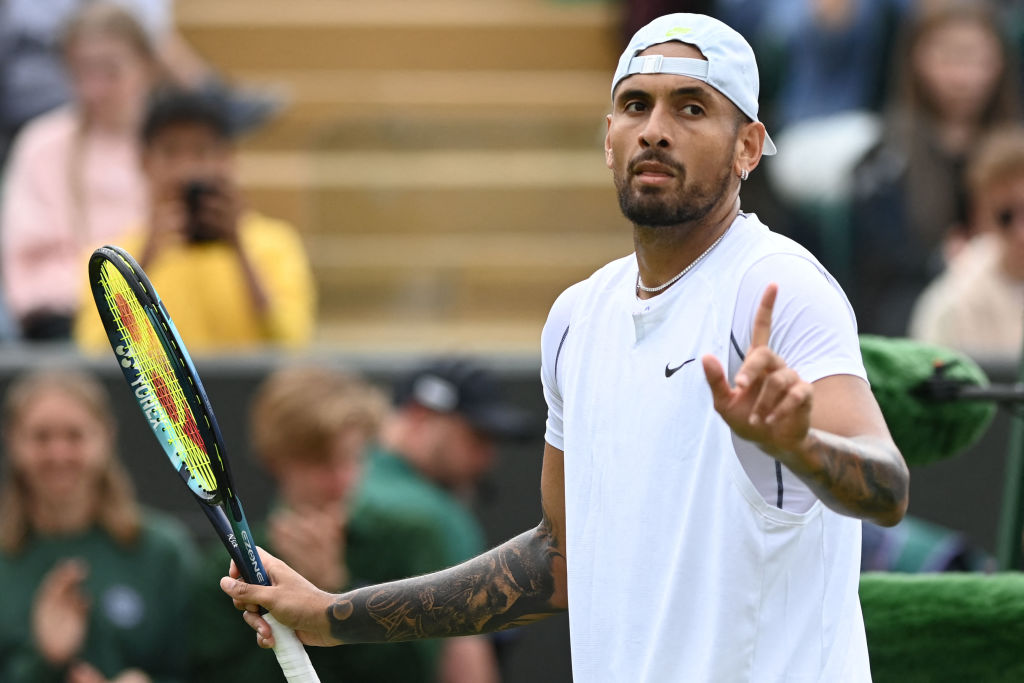 Nick Kyrgios had a heated debate with a journalist over a probe into his behaviour after his Wimbledon win over Filip Krajinovic, telling her she had ‘no story’.

The 27-year-old Australian produced an impressive straight-sets victory on Thursday to set up a third-round tie against Stefanos Tsitsipas, but his behaviour in his opening win has seen him investigated and subsequently fined £8,200.

His controversial first-round match came against Great Britain’s Paul Jubb, where Kyrgios admitted to spitting in the direction of a fan and also called a female line judge a ‘snitch’ who ‘had no fans’ on his way to claiming victory over five sets.

‘Why would you be asking me a question about two days ago?’ Kyrgios asked a reporter who quizzed him about the probe. ‘Is it because you have no story for today?’

The journalist then told him that it was because there was a current investigation, to which Kyrgios replied: ‘But I played Filip Krajinovic today. Do you not want to know how I played today?’

She then tried to informed Kyrgios that she had seen his win over Krajinovic, but before she could finish her sentence, he spoke over her, asking: ‘Then why don’t you ask me a question about it?’

‘Because there’s an investigation,’ the reporter said, with Kyrgios quipping back: ‘OK, are you investigating me personally?’

‘No,’ the journalist confirmed. ‘So why do you care?’ Kyrgios said.

‘Because it involves you,’ she answered. ‘OK and I’m still in Wimbledon right now… So let’s talk about that,’ he told her.

‘Why don’t you want to talk about it?’ the reporter asked, to which he added: ‘Because I’ve already spoken about it.’

Later in the press conference, Kyrgios revealed that the ‘media’s disrespect’ had inspired him to put in a strong performance in his win over Krajinovic.