Nick Kyrgios has revealed he played a match with Rafael Nadal whilst still hungover from a heavy night of drinking with friends 24 hours before.

It is no secret Kyrgios and Nadal don’t see eye to eye with the pair having a history of exchanging barbs at each other.

With the tennis season suspended, Kyrgios has been taking a laid back approach to matters and joined his friend Elliot Loney for a chat on a podcast about his career.

After taking several questions, Loney raised the time in 2017 when the pair were in Cincinnati together and got so drunk the comedian said he felt like a ‘corpse’ the next morning and Kyrgios was ‘off his nut’.

Whereas Kyrgios was able to beat Nadal in straight sets and reach the semi-finals of the ATP Masters 1000 event. 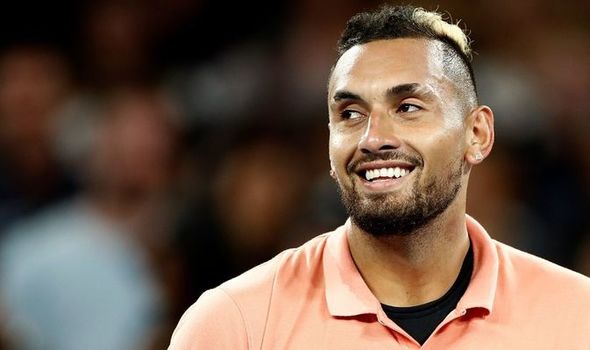 “I’ve always lived by one thing. If I am willing to party and to have a night out with the boys, and I am in tournament mode, I’ll go out but I have to do something the next day, whether that’s train or do half an hour,” Kyrgios said.

“But that [game against Rafa] was not different. We went out, we had a really great time. I’m pretty sure we went pretty hard.

“I’m pretty sure we went pretty hard. And you know, a day-and-a-half later I saw the draw, and you know, I’m like, ‘I’ve got to play Rafa.’

“And I mean nothing changes, you know. I have already told you what I think of these players; I don’t give them respect just because of who they are, what they’ve achieved. 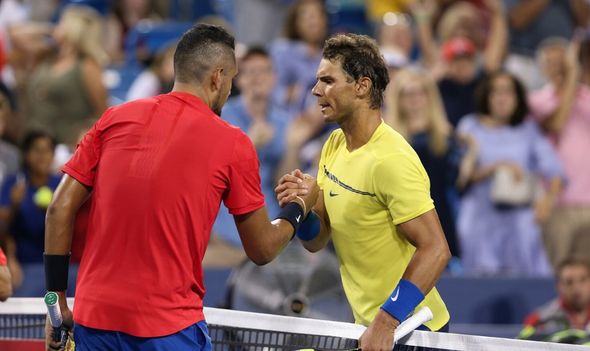 “And the stars aligned for that night; it’s that simple, really.”

If Kyrgios was slightly worse for wear, you would not have known from the stats.

He hit 10 aces and he won 87 per cent of points on his first serve, broke Nadal four times and outplayed his opponent.

And he said afterward: “Being a little kid playing on centre court of Cincinnati against Nadal, that’s the way the best has to come out.”

This latest admission from Kyrgios comes just a few weeks after he claimed to sleep with fans weekly and once got distracted by an attractive women whilst playing Roger Federer.

“In all seriousness, if I’m not seeing someone it’s a weekly thing,” Kyrgios said.

“I was slicing up Fedz and was like, “Damn”. I wanted to take her out for a drink.