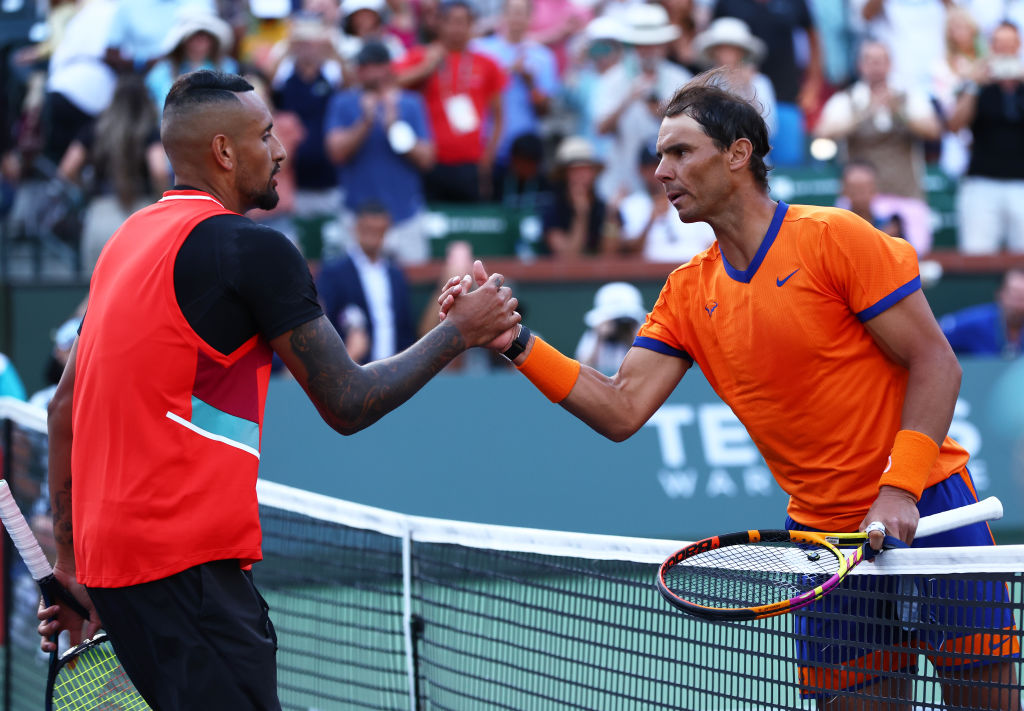 Nick Kyrgios has wished Rafael Nadal a speedy recovery after he pulled out of Friday’s Wimbledon semi-final, allowing the Australian a bye into the men’s singles final.

Nadal has an abdominal injury which he was struggling with during his quarter-final victory on Wednesday against Taylor and it has proved too much for him to continue at SW19.

This all means that Kyrgios has now reached his first Grand Slam final and will face either reigning champion Novak Djokovic or British No.1 Cameron Norrie who meet in Friday’s semi-final.

His attention will now turn to preparing for the final which will be held on Sunday, but before that Kyrgios took time to send a classy message of support to Nadal.

‘Rafael Nadal, I hope your recovery goes well and we all hope to see you healthy soon. Till next time….’

Nadal announced his withdrawal from Wimbledon on Thursday evening in a press conference saying: ‘I have a tear in the abdominal, the muscle. I was thinking about the whole day about the decision.

‘But it doesn’t make sense to keep going. If I keep going the injury will get worse and worse. I feel very sad to say that.

‘I never thought about the calendar slam, I thought about my diary and my happiness. I make the decision because I don’t believe I can win two matches under the circumstances.’

Among the messages of support for Nadal, an All England Club spokesperson said: ‘We wish to offer our sympathies to Rafa Nadal on his withdrawal.

‘We appreciate how hard he has worked to be fit to compete and wish him well in his recovery. We now look forward to an exciting semi-final tomorrow and finals weekend ahead, and to seeing Rafa back at Wimbledon next year.’