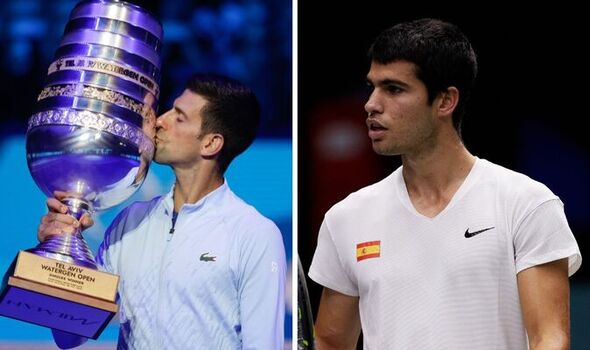 Novak Djokovic has warned Carlos Alcaraz and his fellow young stars that he and the likes of Marin Cilic will keep trying to fend them off. The Serb defeated the former world No 3 to win the title in Tel Aviv on Sunday and joked that he and he and 34-year-old Cilic would keep fighting the “youngsters” on the court.

Djokovic played and won his first tournament in almost three months last week, lifting his 89th career title at the Tel Aviv Open. The world No 7 had been unable to play the US Open and the Masters 1000s in Canada and Cincinnati as a result of his unvaccinated status, meaning Tel Aviv marked his first event since winning Wimbledon in July.

And it was something of a throwback final at the ATP 250 event as 2014 US Open champion Marin Cilic reached the final, with the Serb defeating him 6-3 6-4 to lift the trophy. After the match, Djokovic paid tribute to his opponent as he also threw in a warning for the younger generation of tennis stars.

“First of all congratulations Marin for a great week. Tough luck today. Marin is a fantastic player and a very good friend, we’ve known each other for so many years,” Djokovic said in his winner’s speech.

JUST IN: Swiatek plans showdown talks with the WTA after pulling out of BJK Cup 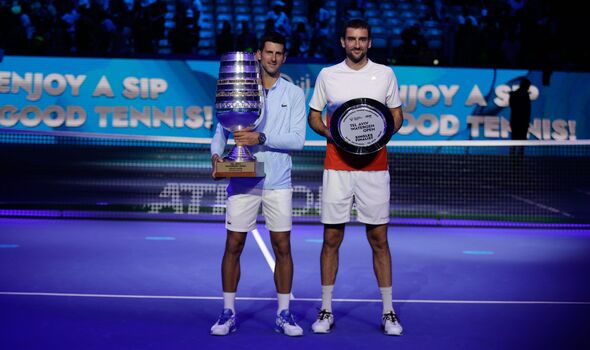 Laughing, the 35-year-old added: “And hopefully we’ll still get to fight with these youngsters for a few more years and we’ll get to play in the finals of many more events.” Djokovic’s words come after Alcaraz recently became the youngest world No 1 in ATP history at the age of 19 after winning his first Grand Slam title at the US Open.

Meanwhile, the Serb’s ranking suffered as he wasn’t able to return to New York and defend the 1,200 points he earned from reaching the final in 2021. And Djokovic was full of gratitude for the Tel Aviv crowd after making his long-awaited return to competition. 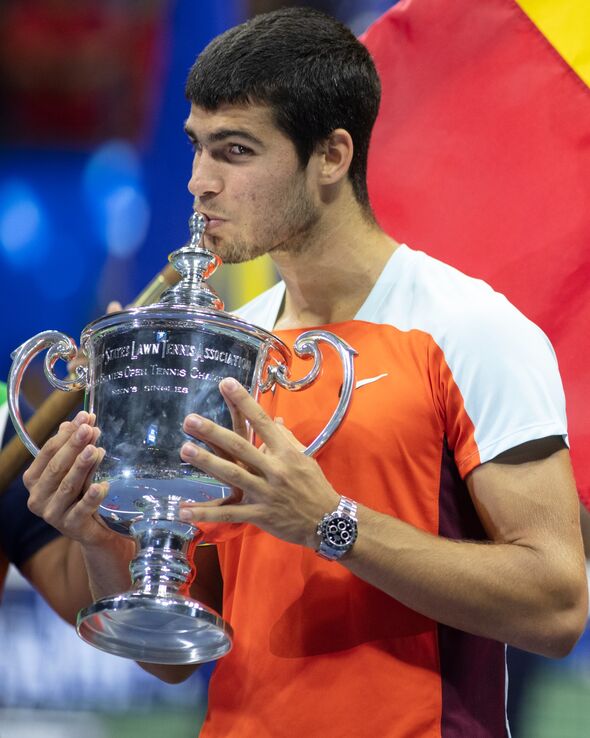 “I would like to thank you guys for making it one of the most special weeks for me in a while definitely,” he told the fans. “I’ve felt so welcomed and so much at home here with all the support from everyone. It was fantastic. It’s beautiful to see so many young people, so many children, packed house every single match.

“Israel has shown a great, great deal of respect and passion for tennis, for our sport. So I want to thank you from the bottom of my heart for coming out and supporting all of the players this week. You are great.”