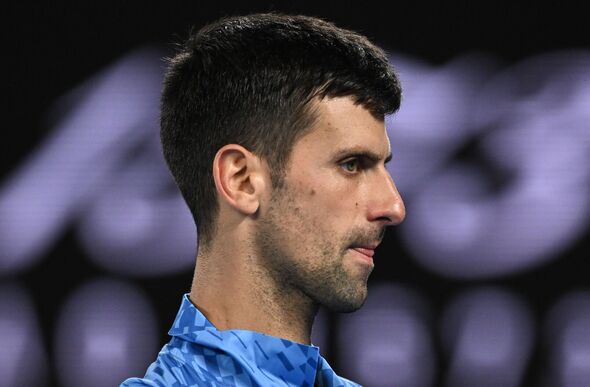 Novak Djokovic believes his injuries are spoken of differently by fans and media compared to when Rafael Nadal is hurt. The Serbian has been nursing a thigh injury during the Australian Open but that did not prevent him from seeing off Alex de Minaur on Monday.

Some fans have pointed out that rival Nadal was able to win two Grand Slams last year while carrying an injury. The Spaniard won in Australia and at the French Open despite foot problems plaguing his preparation for both tournaments.

Djokovic – who is into the quarter-final after Monday’s triumph – feels there is a difference between how his injuries are talked about compared to those of other stars. He said that the likes of Nadal are spoken about as ‘victims’ of injuries, while he is accused of ‘pretending’.

“I leave that to them, let them continue to doubt. It’s interesting that only my injuries are suspected, but when other players get injured and it affects them, then they are the victims, and I’m a pretend player,” Djokovic said of speculation that he was exaggerating the extent of his thigh problem.

JUST IN: Novak Djokovic fights back tears on court after Jim Courier question

“I don’t feel like I have anything to prove to anyone. I have a recording and an MRA and an ultrasound which will prove it, whether I will publish it in the documentary, I don’t know, maybe, maybe I won’t.

“I am absolutely not interested in what people think, it is fun for me to continue the narrative [that is] different than some other players. I’m used to facing it, it motivates me and it gives me extra strength.”

Djokovic revealed he has been taking painkillers to numb the suffering of his injury. The 35-year-old was buoyed by the fact that he came through a straight-sets win over De Minaur having felt little pain.

“A week ago I didn’t really think about the title, I just thought about being in a good enough condition to play the next match. Tonight, the way I played, the way I felt gives me reason to believe I can go all the way,” he continued.

“I mean, I always believe I can go all the way in terms of my tennis. But the way my leg felt before tonight wasn’t giving me too many hopes, so to say, for the entire tournament, to go all the way through.”

Djokovic will play Andrey Rublev in Wednesday’s semi-final. Rublev defeated Holger Rune in a five-set thriller in the fourth round.