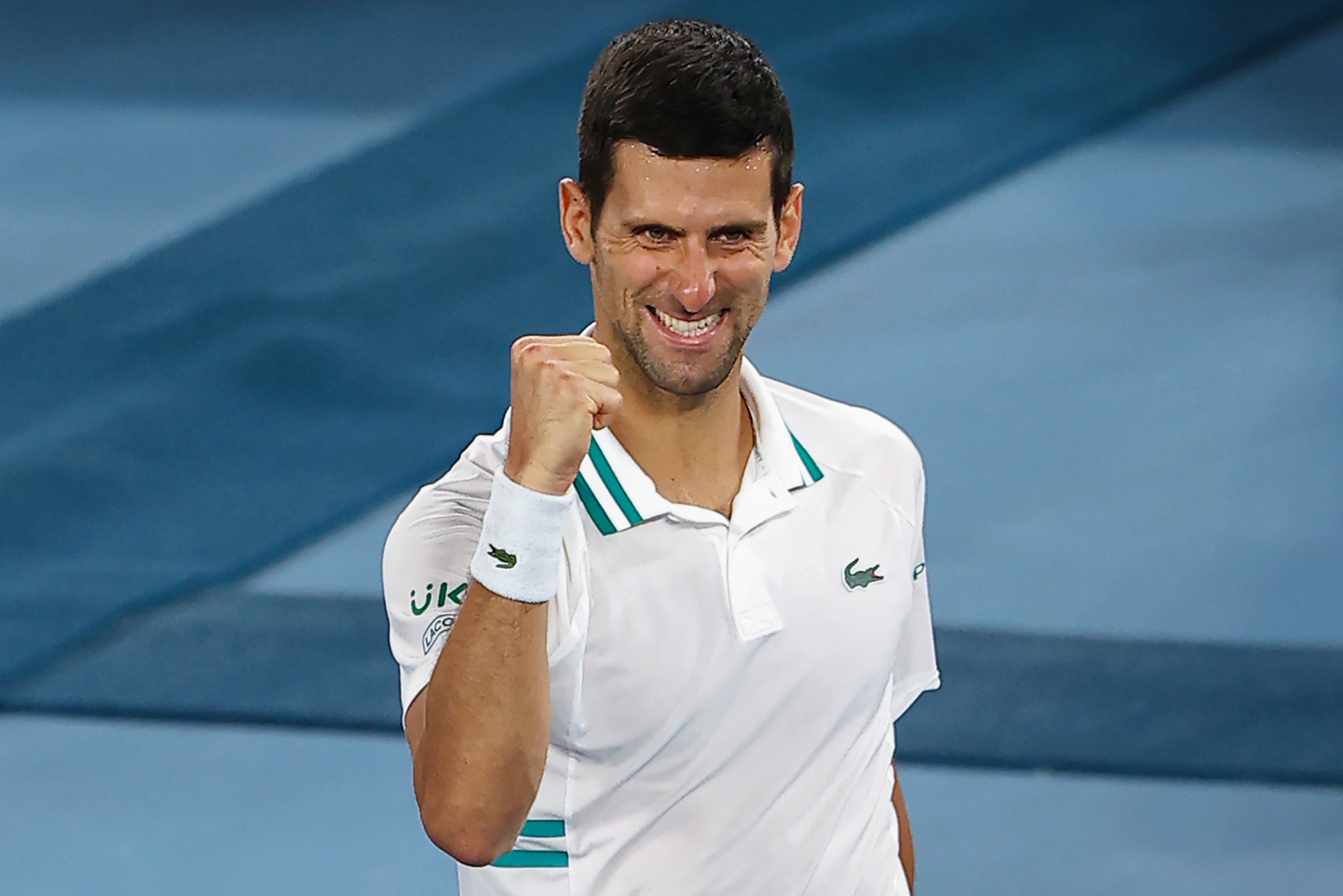 The battle of world number one tennis ace Novak Djokovic vs Aussie immigration officials has turned the Australian Open into a thrilling match before the tournament has even started.

Currently, it’s one set up to Djokovic – or ‘No-Vaxx’, as he’s known to some of his fans who worship him as much for his Covid-19 scepticism as his deadly accuracy on court.

Djokovic is chasing a 21st Grand Slam title that will make him the greatest tennis player of all time. But will this latest controversy ruin the tennis great’s legacy? Some things are bigger than sport and the battle over vaccinations that Djokovic is part of is one of them.

On Monday, a judge ruled the player be released from temporary detention at a hotel where he’d been held after arriving in Australia a few days before.

However, Aussie immigration minister Alex Hawke may have a trick shot: If he can prove the Serbian player made a false declaration on his visa application, he will be on the next plane home.

On Wednesday, Djokovic took to Instagram to clarify ‘misinformation’ about him. Though unvaccinated, he believed a previous Covid infection on 16 December allowed him to compete and believes that is still the case.

But he’d given an interview to a French journalist on 18 December while suffering from the virus – later admitting that he knew he was positive at the time and accepting that he ‘should have rescheduled this commitment’.

Djokovic’s agent took responsibility for a ‘human error’ when ticking the ‘incorrect’ box on a pre-travel document giving details of the star’s movements.

I’m sure that’s what happened. But how fortunate must it be to be a sporting titan and millionaire, and know there are always flunkies to pick up any dropped balls?

Tennis fans like me love to see Djokovic in action. I have been lucky enough to watch greats like Pete Sampras, Roger Federer and Sir Andy Murray and interview former Wimbledon champions Boris Becker and Pat Cash.

I wouldn’t reveal my favourites but would say on a good day – and Djokovic has many good days – he surpasses them all in his skill, power and athleticism. It is a pity though, that his grace on the court is not matched by his behaviour off it.

Much is made of the gentlemanly behaviour of Roger Federer, his great rival. But to be truly great, any athlete – even a Mr Nice Guy like Federer – needs a streak of arrogance to believe they are the best, punish their bodies with endless practice and then go out and prove it.

Djokovic’s cocky charm is as much a part of his appeal as his skill. But he was never guilty of bad form until now.

However, the signs were there. At the height of the pandemic in June 2020, he held his own tennis tournament, which resulted in Covid infections.

He said at the time: ‘I am extremely sorry for each individual case of infection. I hope that it will not complicate anyone’s health situation and that everyone will be fine.’

I suspect this attitude was fuelled by his status as a sporting superman. If you struggle through pain in training and build your body to peak fitness, how easy would it be to believe you are invincible to a little thing like Covid-19, and that you are perhaps stronger than those who have succumbed?

And this latest stand-off is what happens when sporting arrogance collides with anti-vaxx sentiment.

In the past, Djokovic has been reluctant to reveal his vaccination status but said in April 2020 that he was ‘opposed to vaccination’. He later admitted he was ‘no expert’ and wanted to keep an open mind ‘to choose what’s best’ for his own body.

He added that he was ‘curious about wellbeing and how we can empower our metabolism to be in the best shape to defend against imposters like Covid-19’.

Chuck in the towering entitlement of his dad whipping up nationalism – in accusing the Australian PM of attempting to ‘attack Novak and bring Serbia to its knees’ – and claiming his son is a freedom fighter akin to ‘Spartacus’.

It’s more serious than that.

Australians are great sports fans, but they also prize egalitarianism. They have endured some of the most draconian Covid-19 restrictions than any other people in the world. Australians living overseas – and there are many of them, because Australians are intrepid globetrotters – have previously been restricted from entering their own country.

And yet a supremely privileged man expects to waltz in after answering a question that boils down to marking your own homework. It shows not only disregard for health standards, but disrespect to his host nation.

Whatever happens at the Australian Open – and I suspect a loophole will be found – Djokovic’s sporting legacy will be assured. He will achieve that 21st Grand Slam title some time this season and probably a few more.

He needs to learn that, this time, the world does not revolve around him

I want to cheer him on and see him achieve this, but he has to play by the rules and sometimes the rules aren’t just those of the game.

I realise how important this is for him – and everyone has the right to do what they want with their own bodies. If Djokovic doesn’t want to be vaccinated, then it’s his body and his choice. But this is a work issue.

No one is depriving Djokovic of a living. He is simply being asked to choose whether his desire to compete in a tennis tournament in a country that has strict vaccine rules outweighs his desire to refuse the vaccine. No jab, no job.

But some things are bigger than sport. If Djokovic gets a pass to flout Australia’s rules then why should anyone else bother obeying them?

I am triple-jabbed because I believe that it is the best thing for me and for other people if we are to get out of this and be normal again.

Like almost everyone else, I accepted the restraints on my life brought by Covid-19. I do this because I believe this is the right thing to do.

So to watch a privileged man like Djokovic accept no curbs on his lifestyle and, by his actions, encourage others in the same selfishness makes me furious. I want to ask him what the hell makes him think he’s so special?

He needs to learn that, this time, the world does not revolve around him.

But Djokovic probably won’t suffer any ill effects. Sports fans are very forgiving people and all that matters to them is to see the player.

I want to see him play too – I just want him to play fair.

And if the Aussies end up showing him the door, I’m sure he’ll be allowed to come to Wimbledon. We’ll let him in because – as recent events suggest – it doesn’t seem as though our rulers care about the sacrifices of ordinary people.

If Boris Johnson is still Prime Minister, Novak can probably even have cheese and wine at No 10.