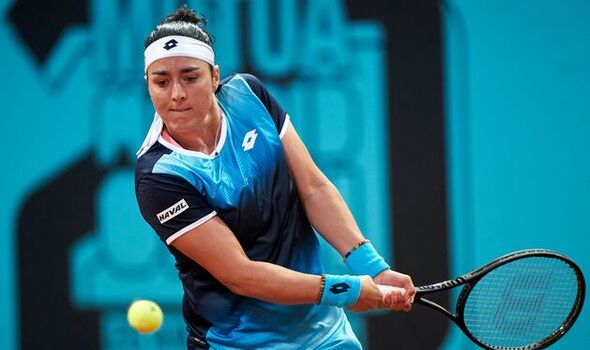 Wilmbledon quarter-finalist Ons Jabeur has questioned why it’s “now okay to mix politics and sports,” amid the decision of the All England Tennis Club to ban Russian and Belarussian players this year. Jabeur, 27, launched a stinging attack on organisers, citing examples of other conflicts where no action has been taken at SW19.

The world No 10 can relate to political tensions in tennis, having previously spoken out over the situation in Palestine. In 2020, the Tunisian star was part of her country’s team that was then drawn to play against Israel in the Billie Jean King Cup.

Jabeur was one of the stories of Wimbledon in 2021, beating former champion Venus Williams and current world No 1 Iga Swiatek on her run to the last eight. There, she was beaten by Aryna Sabalenka – who ironically is now banned from the tournament as she represents Belarus.

Andrey Rublev has been one leading Russian player to publicly oppose the ban, arguing that organisers could instead use their prize money to help Ukraine. And now Jabeur has suggested the directive is hypocritical.

“I’ve had some situations of my own, especially in the 2020 in BJK Cup when we were supposed to play Israel,” she said in an interview with Arab News, via tennis365. “I 100% feel very sorry for the Palestinian people and I feel sorry for the children that are dying every day for 74 years. So I don’t understand how it’s now okay to mix politics and sports.”

The death toll in Ukraine is rising as Russian shelling continues, but Jabeur also queried: “What about all the other countries where people and children have been dying every day? For me, I don’t think we should mix politics and sports. It’s very sad what’s happening in the world and one thing I hate in this world is politics.”

She added the development was “very dirty” and said she “hoped this situation will be resolved very soon.” In response to the ban, Russian player Aslan Karatsev left fans confused after sporting a Wimbledon t-shirt during his preparations for the Madrid Open.

Another who will be missing is Daniil Medvedev, who briefly held the male world No 1 ranking this year before losing it back to Novak Djokovic. The Serbian has also come out in support his rival, arguing the war was not the fault of players.