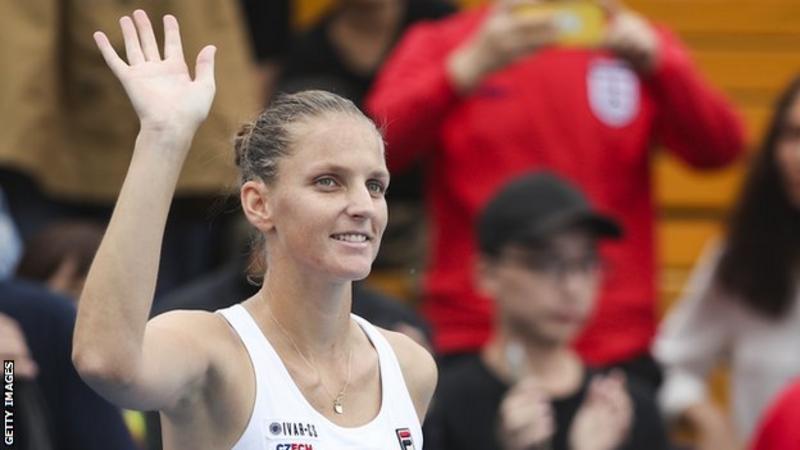 Pliskova only needed 77 minutes to beat the Croatian 6-3 6-2 in a rain-interrupted final for her fourth tournament success of 2019.

The Czech player, top seed at the event, only dropped one set all week on her way to the title.

Victory in Zhengzhou followed earlier titles in Brisbane, Rome and Eastbourne for the 26-year-old.

The world number two will close the gap on Australia’s Ashleigh Barty in the rankings, however she has yet to secure a first Grand Slam title. Her best performance this year was reaching the semi-finals at the Australian Open in January before losing to eventual champion Naomi Osaka.