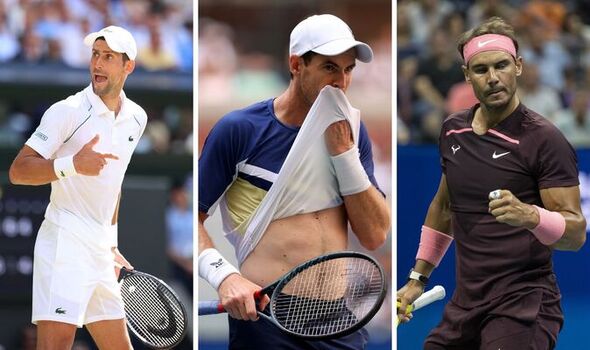 Andy Murray insisted he was “really proud” of his efforts after going down in four gruelling sets to Matteo Berrettini at the US Open. “I’ve got a metal hip,” said the Scot. “It’s not easy playing with that.”

The 2012 champion gave last year’s Wimbledon finalist a real battle and saved eight break points before taking the third set.. But ultimately the big-serving Italian, 26, was fitter and stronger and went on to win 6-4 6-4 7-6 6-3 to reach the fourth round.

Murray, 35, has yet to beat a top-20 player in a Grand Slam with a metal hip with defeats against Stan Wawrinka (2020 French Open), Denis Shapovalov (2021 Wimbledon) and Stefanos Tsitsipas (2021 US Open).

But Murray, who was playing in the third round of an overseas Grand Slam for the first time in over five years, said: “I’ve got a metal hip. It’s not easy playing with that. It’s really difficult. I’m surprised I’m still able to compete with guys that are right up at the top of the game.

“Matches like this, I’m really proud that I have worked myself into a position where I’m able to do that. I’m really disappointed that, you know, I didn’t get over the line today. But, I get reminded like this is the first time you’ve made the third round here since 2016. It’s been six years. It’s been a difficult six years for me. It’s been really hard. Although it’s the first time I’ve only made the third round here, I’m really proud of the effort that I put in to get myself back into these positions. So I’m hoping that in the future I can go further, but considering, I did all right.” 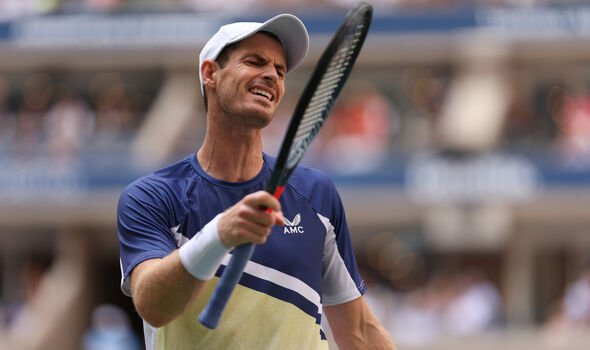 Murray showed his frustration by throwing and then smashing his racquet after being broken at the end of the second set. He made only 53% of first serves and was broken five times while making only two breaks against the Berrettini serve. The Italian, who missed Wimbledon because of Covid, has now beaten Murray in three consecutive matches. He is the kind of opponent the former world No.1 would have beaten in his heyday.

“A lot of the things feel the same, but obviously I’m just not quite capable of the sort of movement and physicality that I was five, six years ago,” he said. “I think if you watch Rafa and Novak moving around the court now who are similar age, I think they’re moving pretty similar to how they were five, six years ago, whereas for me there’s obviously been a bit of a drop-off there. That can affect you in terms of how you have to play the points. Maybe you just don’t track as many balls down as before. Maybe the reach isn’t just quite as much as it was. But in terms of the shots and everything, there is nothing that is stopping me from hitting the same shots as I did before.

“I would want to be doing better, but I’m still right there with guys in the last couple of weeks, I didn’t win the matches obviously against Cam (Norrie in Cincinnati) and against Berrettini, but it was pretty close.

Murray, who has undergone two hip surgeries, will climb up to world No.43 after starting the eyar at No.134 and falling out of the top 500 in 2019.

“I think I’m improving this year,” he said. “I want to push and see how far I can go. That will be motivational for me and interesting to see, because lots of people told me I wouldn’t be able to play again, and lots of people told me I’d be able to hit tennis balls but not compete professionally again. That was nonsense, and I want to see how close I can get back to the top of the game. That’s what the motivation is.”

Jack Draper is also out after retiring injured against Russian 27th seed Karen Khachanov. The British No.4 served for the third set at 5-3 but was broken – and called it a day when he served two doubles faults in the 11th game with the score at 6-3 4-6 6-5.