Another eventful week for Emma Raducanu on the coaching front ended with another convincing win on the surface it was feared would trip her up.

The US Open champion claimed her fourth win out of six on the European clay when she came back to defeat Tereza Martincova 7-6, 6-0 to make the Madrid Open second round.

After the Billie Jean King Cup earlier this month it was her second win over the Czech, who fell away after Raducanu managed to save three set points in the opener. 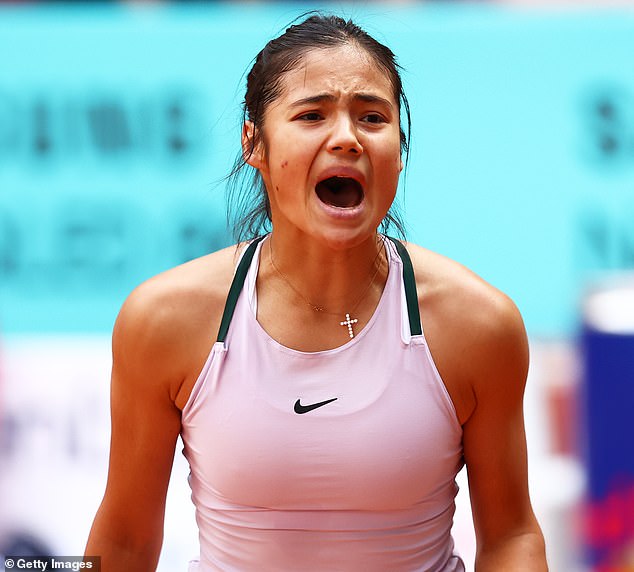 She had trailed 2-5 in what are lively conditions with the Spanish capital being at relative altitude, and she showed the greater conviction of the two in the tiebreak, which she took 7-3.

‘It was a tricky first set. It’s always tough playing on a brand new court and it took me a little bit of time to adjust to my surroundings,’ said Raducanu, who is making her debut at the Caja Magica.

‘If you’re low or lacking in your own game, an opponent at this level is going to take advantage of that. I’m just glad that I stuck through the first set and definitely relaxed in the second set.’

She now faces Ukrainian Marta Kostyuk, who beat her in less than an hour when they met in the Romanian city of Cluj back in October. 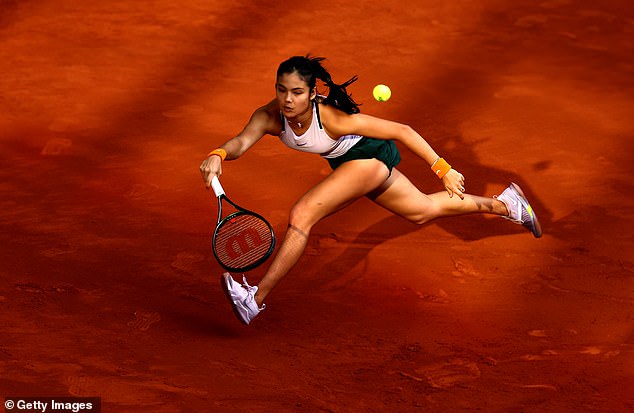 For Friday’s match there was another new face in Raducanu’s support box with Iain Bates, head of the women’s game at the Lawn Tennis Association, on duty after the split from Torben Beltz earlier this week.

There was little sign of much disruption with Raducanu landing in three out of four first serves, a percentage which indicates a decent level of confidence during her first excursions at senior level on the brown dirt.

Andy Murray has drawn former US Open champion Dominic Thiem in the first round of the men’s singles, which begins this weekend. Dan Evans, Cam Norrie and Jack Draper are also in the field.