Emma Raducanu poked fun at the hyperbole around her in a pointed advert on the eve of the Australian Open and now she hopes her tennis can do the talking at Melbourne Park.

In the promotion for her sponsors Nike, an intense Raducanu hits balls while words like ‘distracted’, ‘perfect’, ‘fluke’ and ‘one-hit wonder’ flash up behind her.

Perspective has been hard to find in the aftermath of the teenager’s fairy-tale US Open triumph, with projections of world domination quickly followed by accusations of too much focus on off-court activities when she failed to immediately back up the title in her first steps on the WTA Tour. 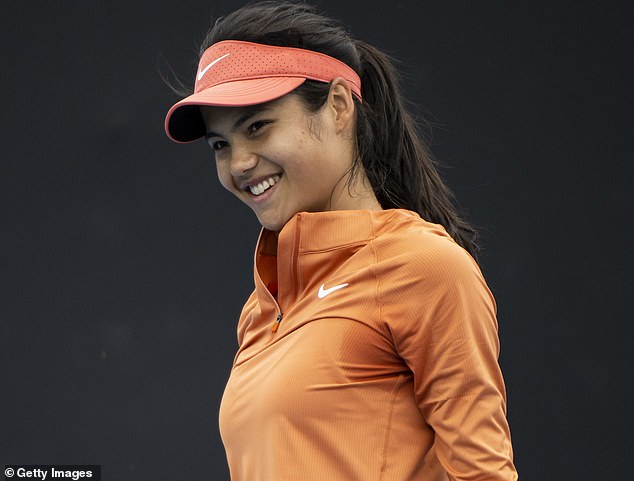 Speaking at her pre-tournament press conference in Australia, the 19-year-old could not hide a smile as she said of the advert: ‘I think the video speaks for itself. That’s how I feel. That’s it, full stop.’

The 2022 season had an inauspicious start for Raducanu when she won just a single game against Elena Rybakina at the Sydney Tennis Classic earlier this week.

But the significant caveat was that the British number one had only just returned to full training after an ill-timed bout of coronavirus that kept her off court for three weeks.

She has been practising since at Melbourne Park with new coach Torben Beltz and is optimistic she will be able to perform better in what is a very tough first-round match against former US Open champion Sloane Stephens on Tuesday. 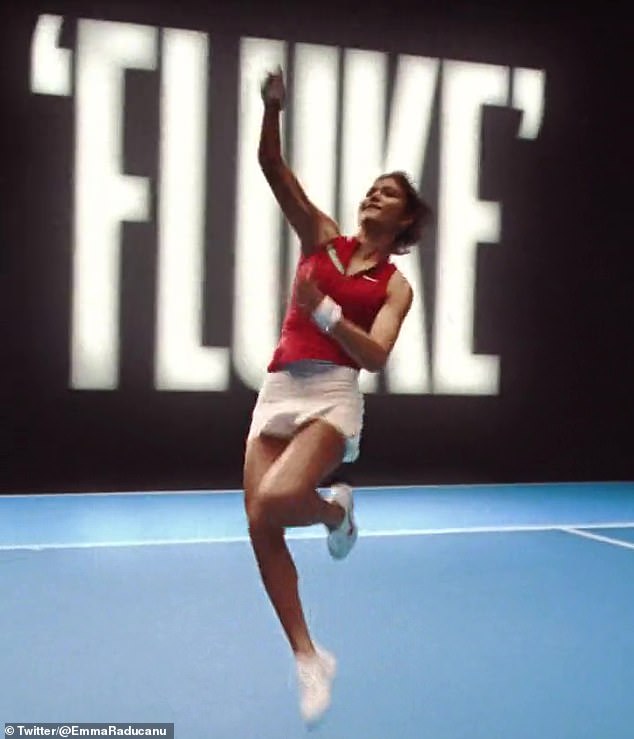 In the advert for Nike, Raducanu hits balls while critical words like ‘fluke’ flash behind her 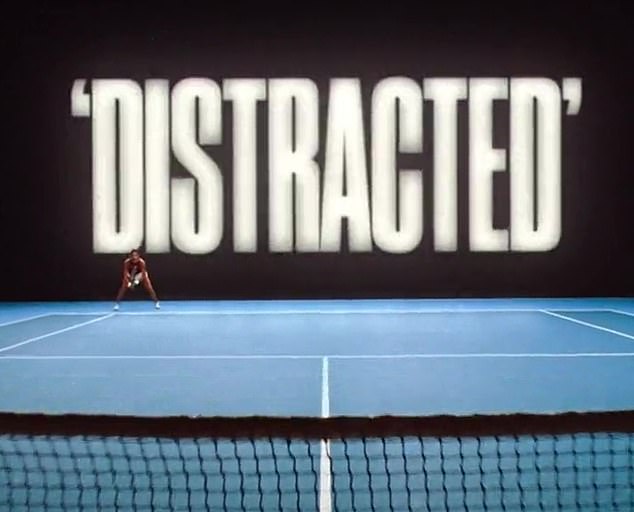 Raducanu, who is seeded 17, said: ‘It’s a challenge to try and find the balance of wanting to get out there and practise so much straight after coming out of isolation but if you overdo it with the hours after not doing anything for 20 days you always start picking up small niggles.

‘The first week I wasn’t able to practise so much. But, after Sydney, the match, it was just good to see where I was at that point in time. Afterwards, I went out to sharpen up a few things on the practice court.

‘I’m actually feeling like there’s progress. All I want to see is that I’m getting slightly better and I have a better feeling. I think that gradually I’m getting there.’

This will be her fifth tournament since the US Open and in the previous four she has managed only two wins, losing her opening match three times.

Inconsistency is to be expected given Raducanu’s inexperience, demonstrated by the fact she lost in the first round of the juniors in her only previous appearance at Melbourne Park three years ago, while 12 months ago she watched the tournament on TV as she prepared for her A Levels.

The teenager knows she has a big target on her bag as a grand slam champion but is trying to lighten the load.

‘I feel like because of the last few months I’ve had, maybe I haven’t played as much as I would have liked to and trained so much,’ she said.

‘I feel like there’s actually no pressure on me. I feel like I’m just happy to be here and have a swing. I had to jump a few hurdles to play here, so I just want to go out there and have fun and enjoy (being) on the court. 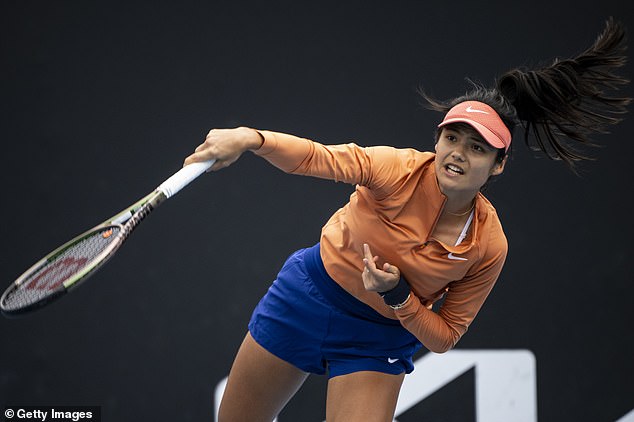 ‘I would say the biggest challenge is to be patient. I’m a bit of a perfectionist. Whether that’s practice, whether that’s off the court, I want to be the best I can all the time. Sometimes it’s just not very viable.

‘I need to just relax. As long as the trend is trending upwards, just a matter of small fluctuations, I think I can be proud. Whatever challenge that is, I feel kind of ready to face it now.’

Stephens has had a career of extreme highs and lows, reaching the Australian Open semi-finals nine years ago as a 19-year-old, falling down the rankings due to a combination of poor form and injury only to sweep to the US Open title unseeded in 2017. 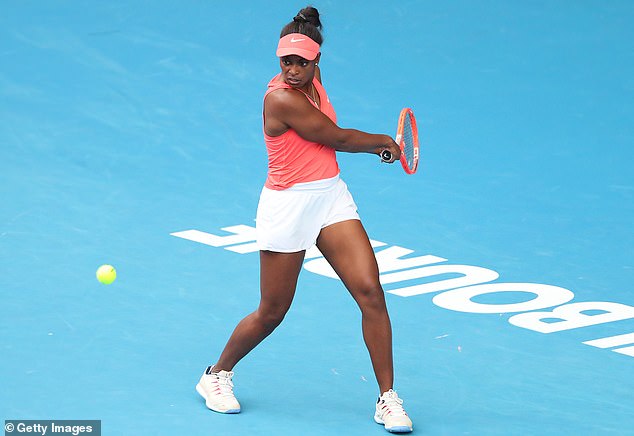 She has dropped back to 68 in the rankings and is playing her first tournament of the season after marrying footballer Jozy Altidore in Florida on New Year’s Day.

Stephens remains a dangerous opponent, though, and usually rises to the occasion in the big matches, beating Petra Kvitova, Madison Keys, Coco Gauff and Karolina Pliskova at the slams last season.

‘I watched Sloane win the US Open,’ said Raducanu. ‘I hit with her last year actually. Obviously you don’t win a grand slam without being very capable.

‘I think it’s going to be a tough match for sure. I’m going to go out there and enjoy the match because, just playing in this grand slam, I had to work so hard to be here.’