‘My homework is my biggest weapon’: Emma Raducanu insists the sharp mind which saw Brit teen ace her A-levels can give her the edge over opponents as she prepares for US Open third round clash

Emma Raducanu likes to do her own homework on opponents, and if her A-levels are anything to go by she will be well prepared for her US Open third round.

The Kent teenager got an A-star and A in maths and economics this summer, and was using her learning discipline on Friday to pore over the game of her next opponent, Spain’s Sara Sorribes Tormo.

Raducanu believes that the ability to properly study forthcoming challenges is as much a part of her armoury as having a shot like her serve or backhand. 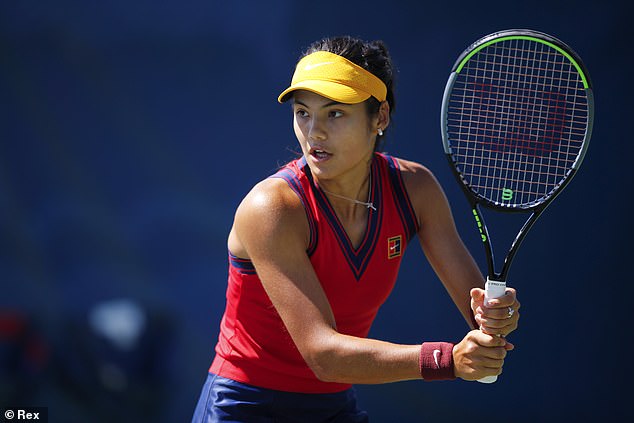 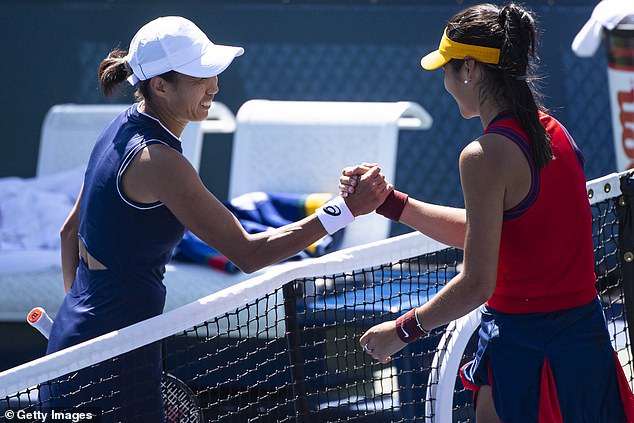 ‘I think everyone has their strengths in their game and one of mine is being mentally quite sharp,’ she said in the wake of beating China’s Zhang Shuai.

‘At this level, no-one really has a weakness. You can’t go for one side expecting a mistake. But there’s always some loopholes you can find and some discomforts, so that is something I try to expose. That’s what the homework hopefully highlights.’

So far it has helped her to three qualifying wins and two in the main draw as she tries to emulate her fourth round achievement at Wimbledon, in just her second Grand Slam appearance.

Standing in her way later on Saturday is Sorribes Tormo, the world No 41. While not of the highest profile she has quietly built a reputation as one of the most durable baseline battlers on the WTA Tour. She has already won 29 matches this year. 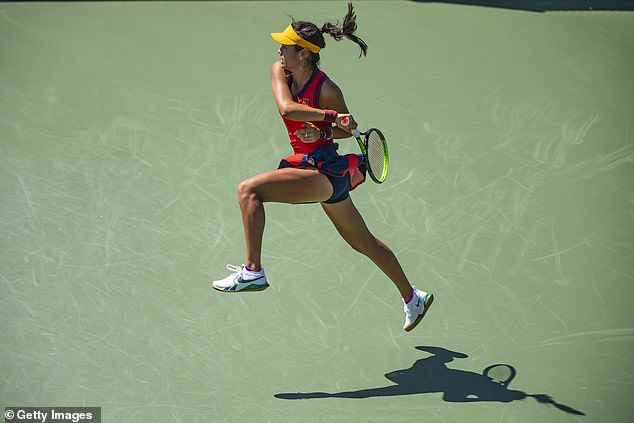 Her mother is a tennis coach and father played second division professional football in Spain. She will not hit Raducanu off the court but is in the best form of her life and in the first round took out 22nd seed Karolina Muchova.

A heavily top-spun forehand is a major feature of her game, and at the Olympics she defeated Wimbledon champion Ash Barty.

A player who likes to identify herself with the recently retired David Ferrer, who like her is from the Valencia region, she may well prove to be the toughest opponent that the British player has tackled in her remarkable ascent this summer.

Raducanu has already played one more match in New York than she did at the All England Club. However, stamina appears less of an issue with the work she has been able to do since.

‘Wimbledon taught me how physical I had to be every single match and at the end, it was my physicality that let me down,’ she said. 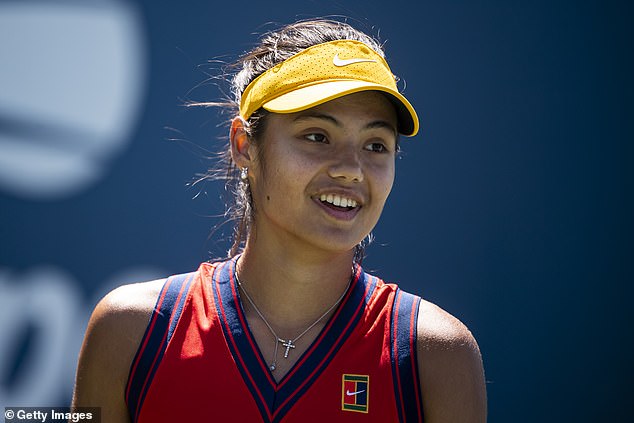 ‘Now having played four or five weeks, I’m still extremely fresh and new to the whole situation but I think, given the matches that I’ve played, I’ve been able to keep up a lot more physically and that’s definitely the biggest standout thing in my game now.

‘I don’t think it’s easier to play here than Wimbledon. Playing in front of a home crowd at Wimbledon, for me, is the pinnacle. But I absolutely love it here. The States and the crowds here have made me feel at home and so welcome.’

Once again Raducanu is playing someone ranked much higher, although she is already guaranteed a place in the world’s top 120, having been barely 400 when the grass court season started.

Another win would put her either inside or on the cusp of the top 100, although passing that landmark is just a matter of time.