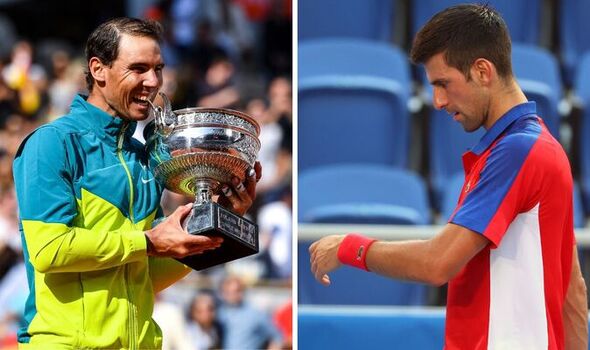 Rafael Nadal has already been given the upper hand for the Paris 2024 Olympics as the date and venue for the tennis tournament has been confirmed. The likes of Nadal and Novak Djokovic – who is yet to win an elusive gold medal – will compete at the site of the French Open from July 27 to August 4 in two years’ time, the home of the Spaniard’s most successful tournament.

Djokovic missed out on a medal at last year’s postponed Tokyo Olympics when he fell to Alexander Zverev in the semi-final and Pablo Carreno Busta in the bronze medal match the following day. The world No 6 has since set his sights on finally capturing gold in Paris but could face a huge challenge following the announcement of the venue.

Stade Roland Garros, the home of the French Open, has been confirmed as the site for the tennis tournament at the 2024 Olympics, giving the Serb’s biggest rival Nadal a huge advantage. The world No 3 has won a record 14 titles at Roland Garros, and thrives on the Parisian clay courts, making him a favourite to win a second gold medal already if he plays.

It will be the second time in recent history that the Olympic tennis tournament will be held at a Grand Slam venue, with Wimbledon hosting it during London 2012 when Andy Murray won the first of his two gold medals. Djokovic had missed out on a medal at the same event, when he lost the semi-final to Murray and bronze match to Juan Martin Del Potro.

JUST IN: Nick Kyrgios backed to be trouble for Rafael Nadal at US Open 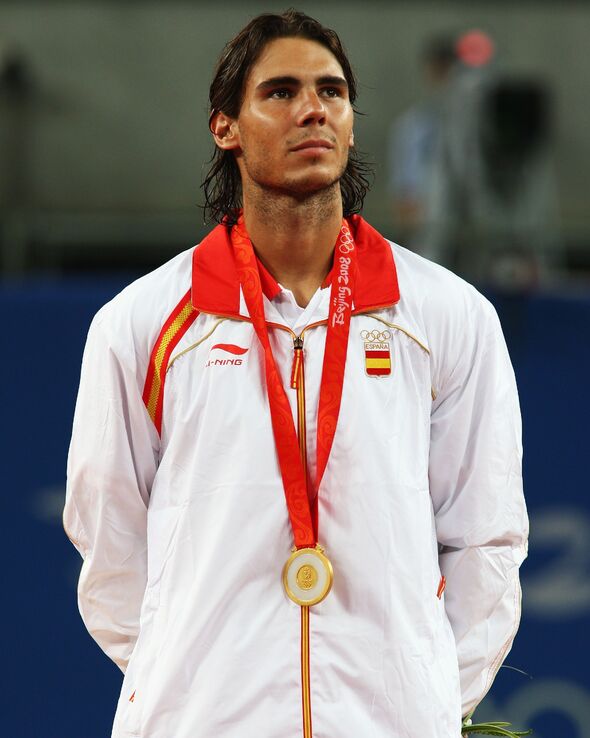 Djokovic and Federer are the only members of the Big Four without a gold medal in singles, holding a bronze and silver medals respectively while the Swiss star also has a gold in doubles alongside Stan Wawrinka. And the 35-year-old has already staked his claim on gold in Paris, confirming his plans to play.

“An Olympic medal, especially gold, is always a big wish. Unfortunately, I didn’t have a chance to fight for it in the past,” Djokovic told the Radio Television of Serbia earlier this year. “I plan to be in Paris in 2024.” 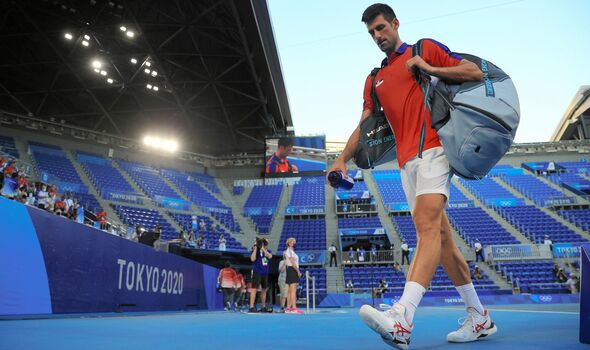 He also looked back on his semi-final against Zverev, who eventually went on to win gold in Tokyo last year. The 21-time Major champion added: “I rewound my match with Zverev in Tokyo many times, trying to figure out what went wrong. I played superbly up to that point, but I did feel I was running on fumes, both mentally and physically.”

But he could face a whole new challenge in Paris, where he could have to down ‘King of Clay’ Nadal on the 36-year-old’s favourite court for a chance to finally win Olympic gold, having lost to him at the French Open earlier this year in the quarter-finals.