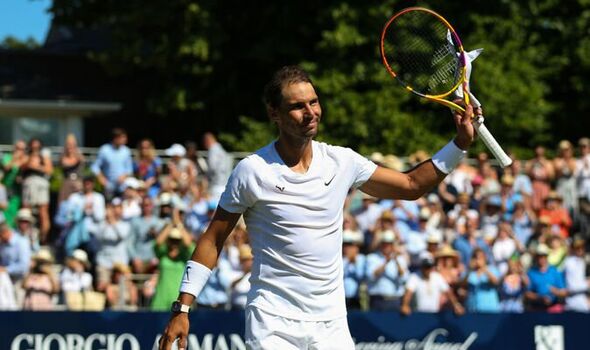 Rafael Nadal was declared “one of the favourites” for Wimbledon after proving his fitness by romping to victory in his first grasscourt match for three years. The Spanish superstar claimed he was a doubt for SW19 after winning his 22nd Grand Slam title at the French Open earlier this month. But the world No.4, who took painkillers in Paris, has since undergone nerve treatment in Barcelona on his left foot injury.

And the 36-year-old looked in fine fettle today as he beat Stan Wawrinka 6-2 6-3 at the Giorgio Armani Tennis Classic at the Hurlingham Club in West London. It is usually unwise to make definite judgements about an exhibition match in front of 1,300 spectators in West London. But Nadal looked ominously good.

Three-time Major winner Wawrinka, who has been given a Wimbledon wildcard after a year out with his own foot problem, joked: ““After that I have a lot to work on! It’s OK. It is against Rafa. We are used to losing against him. It’s normal!”

The Swiss star, 37, added: “I don’t know how he is feeling, it looks like normal Rafa. He has been saying he is feeling better and if he is playing he is ready to play his best and to win. I think Rafa any time he enters a Grand Slam is going to be one of the favourites if not the favourite. He won the first two Slams of the year without too many matches before those grand Slams so he got a lot of confidence so of course he is part of the favourites.” 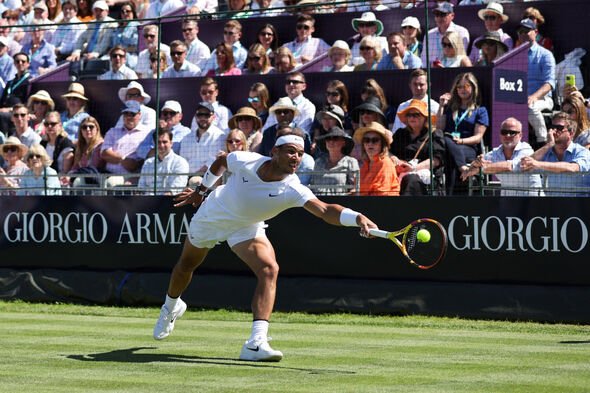 Nadal has been practising on grasscourts at home in Mallorca and the sun was just as warm by the Thames today. And the Spaniard looked in hot form back on grass after missing Wimbledon last year with his chronic foot condition.

“It has been a while without playing on grass,” he said. “Since 2019 I haven’t been able to play on grass through the tough moments we went through with the pandemic and last year I got injured. So I am excited to be back where we are today. It has always been a pleasure playing here in Hurlingham. It is special to be back. 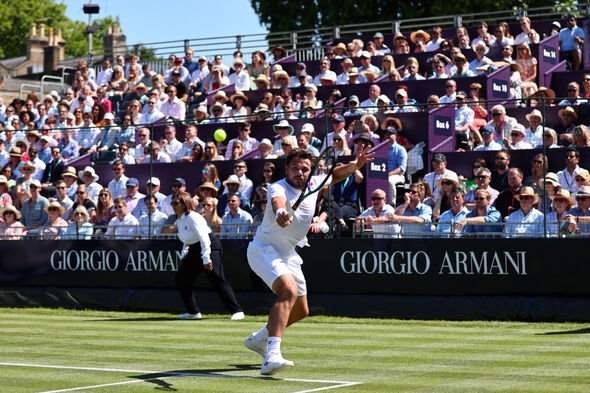 “I have spent some fantastic moments here in London,” he said. “Playing of course at the World Tour Finals a lot of times but of course playing at Wimbledon since 2003. That was the first time I played at Wimbledon. It was always a big goal and a dream for me to achieve important things here at Wimbledon and I was able to make that happen for the first time in 2008. Since that moment, I always come back with the same passion and I always feel very welcomed by the crowd here.”

The Wimbledon draw will be held at 10am on Friday with Nadal No.2 seed behind Novak Djokovic.