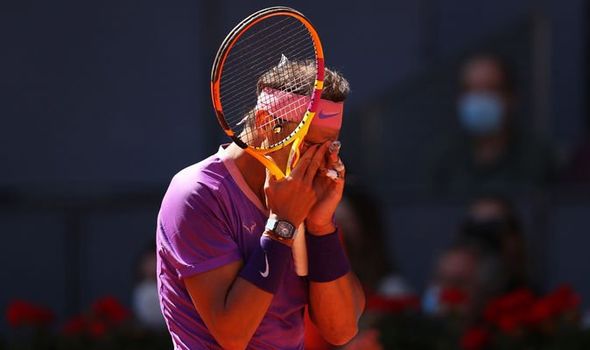 Rafael Nadal was dumped out of the Madrid Open by Alexander Zverev at the quarter-final stage on Friday afternoon. Nadal looked out of sorts all match and lost 6-4, 6-4 to the towering German in front of a partisan Spanish crowd as he suffered his second clay-court loss of the season.

The 20-time Grand Slam champion had been hoping to become the first male player ever to reach 75 Masters 1000 semi-finals, having also fallen at the quarter-final stage of the Monte Carlo Masters last month.

But Nadal, a five-time Madrid Open champion, was overpowered and outplayed by Zverev and misses out on both making history and on a showdown with Dominic Thiem in the semi-finals.

Fifth seed Zverev, who won this tournament in 2018, had said pre-match that playing Rafa on clay in Spain is “the most difficult task that you can do”.

But the world No 6 converted three of six break points on his way to just his third career victory over the Spaniard, and his first against the ‘King of Clay’ on the red stuff, inside an hour and 46 minutes.

Nadal had come into the tournament after winning the Barcelona Open last week and had seen off Carlos Alcaras Garfia and Alexei Popyrin en route to the last eight.

He racked up a 4-2 lead in the first set only for Zverev to win four consecutive games to go one set up. 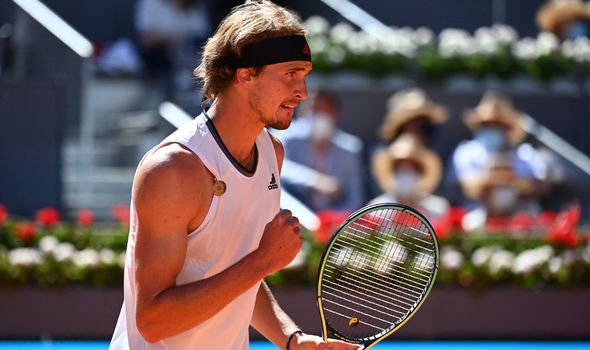 Nadal’s forehand was off throughout, while his backhand was also below-par. And the 24-year-old Hamburg native took advantage with a number of excellent backhand shots.

Despite having the support of the crowd, Nadal could not hold the superior Zverev off as he also dropped the second set 6-4.

Zverev said post-match: “This is one of the biggest wins of my career so far, especially on clay against Rafa, it’s the toughest thing to do in our sport.

“Beating him in his house in Spain is incredible. The tournament’s not over yet and I’m looking forward to playing Dominic who is another great clay-court player.

“The forehand break point miss by Rafa at 4-3 changed the momentum a little bit, I got my aggression up point by point and I felt well on the court after that. If I feel like this more often, I’ll be just fine!”

He added of the clash with Thiem: “I know that I can do it. Everyone remembers the US Open final we played – I remember it certainly!  It’s still going to be somewhere in the back of my mind when we play, so I’m looking forward to it.”

Nadal said: “I had the match under control at the beginning, playing well for six games, probably playing better than him. 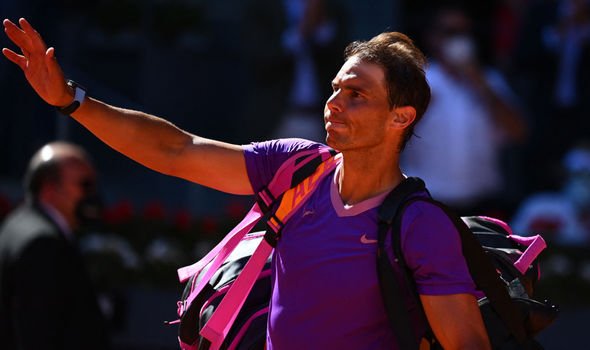 “Of course, playing against one of the best players of the world, under these circumstances, with this speed of the court, [it] is very difficult to still [feel] confident.

“I tried, [but it] is true that the serve was difficult to control today. Well done [to] him.”

Amazon Prime tennis expert Daniela Hantuchova meanwhile reflected on the match: “Sascha did so well to keep the crowd not as involved in the match.

“He had the answers for everything. Rafa disappointed without the length on his shot, it was just not there and he was able to let Sascha do everything in the match.

“Tactically we thought he might go to Sascha’s forehand and we didn’t see any of that. 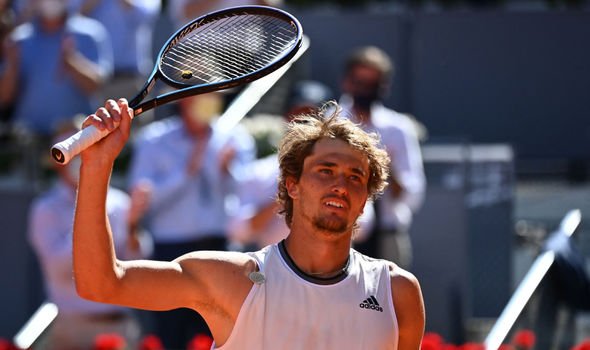 “It was a little bit of a surprise but nothing to take away from Sascha, he played an icnredible match, again served incredibly well and was more brave than Rafa.”

Former British No 1 Annabel Croft added: “He [Zverev] played with a lot of freedom, a lot of confidence and had a strategic approach to the match.

“He was on the front foot and normally on clay you’d say Rafa is the one dictating and moving opponents around and making them think a lot, throwing a lot of different heights and paces.

“Virtually no slices from Rafa today at all. I was really surprised at that, I thought that would be a tactic he’d employ. A lot of balls looped up on the return and didn’t do any damage.

“He just looked below par, not confident and really dictated to.”

With Zverev facing Thiem in one Madrid Open semi-final, the other final four tie will be between Alexander Bublik or Casper Ruud and Matteo Berrettini or Cristian Garin.