Boris Becker has highlighted a potential weakness Novak Djokovic could target against Rafael Nadal on Friday night. After conceding a combined total of just four sets throughout dominant campaigns, the duo meets in the French Open semi-finals on Court Philippe-Chatrier.

Nadal is two wins away from a record-extending 14th French Open triumph, while Djokovic (18) is looking to close the gap on the Spaniard and Roger Federer (20) in Grand Slam wins.

Diego Schwartzmann made Nadal drop his first set of the tournament in the quarter-finals, but the latter produced a 6-3, 4-6, 6-4, 6-0 win.

The number one and three seeds will now meet for the chance to face either Alexander Zverev or Stefanos Tsitsipas in Sunday’s final. 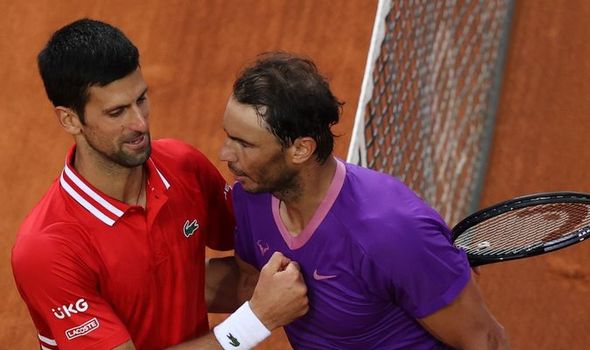 Speaking ahead of Friday’s semi-final meeting, Becker claimed Djokovic should target Nadal’s forehand and not allow the Spaniard time on Court Philippe-Chatrier.

He said: “Even when not at his peak on clay Nadal’s level is so high that he can afford to drop a bit and still be the best, but I do think Djokovic has a realistic chance.

“If I were still coaching him, I would be suggesting he goes hard at the Spaniard’s forehand, which has not been at its most consistent in the previous rounds.

“Its ‘helicopter’ motion can produce unforced errors if he is pressed enough.

“Djokovic cannot afford to allow him time on it, so no half shots — Djokovic needs to go hard and flat, and if he can do that, then he can reap some rewards.”

Becker also suggested that despite the quality of both Djokovic and Nadal, a critical battle will be mental with each other and themselves in Friday’s clash.

“The most important battleground in these contests between two players who have met an incredible 57 times already is in the head,” Becker explained. 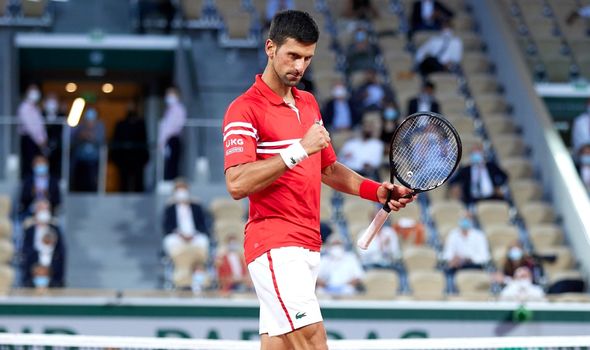 “This being a semi-final and not the final, like it was when they met last month in Rome, does alter the dynamic a bit. This time, Nadal knows that the job is still not done if he wins and then shakes hands at the net.

“Another factor is how well Djokovic has recovered physically from what was a gruelling match, physically and emotionally, against Matteo Berrettini late on Wednesday night.

“That, and Nadal’s history, steers me away from calling this an upset in the making, but the outcome is unsure.”