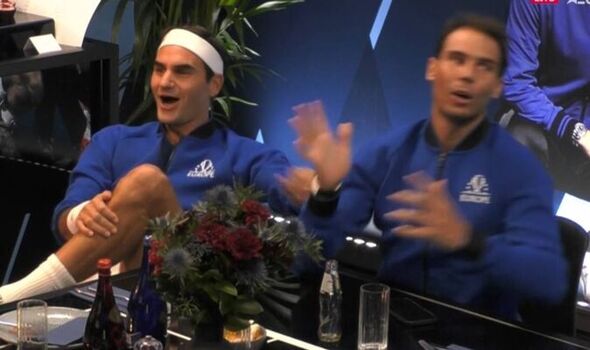 Roger Federer and Rafael Nadal were watching on attentively from back stage during Andy Murray’s tense Laver Cup clash with Alex de Minaur and had contrasting reactions to a crucial point in the match. Murray had battled back from a break down to win the first set in his Laver Cup debut.

Both players were putting it all on the line as Team Europe looked to extend their lead while Team World were aiming for their first point on the board. It was De Minaur who took the lead in the second set early once again with Murray forced to try and battle from behind once more.

There were several long rallies between the pair with each game testing the other’s fitness levels. Despite being 12 years De Minaur’s senior, Murray was proving that he can compete with the Australian.

In the meanwhile, both Federer and Nadal were getting prepared for their own doubles match later that was taking place immediately after Murray’s match. The two tennis icons were seen stretching and sitting in the break room as they both began to become invested in Murray’s match from afar. 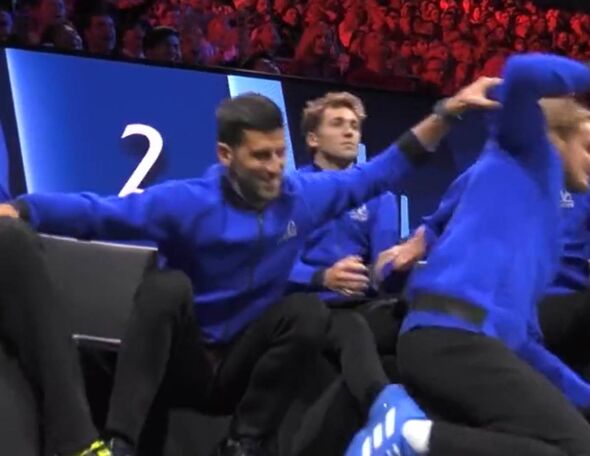 And there was a brilliant moment cameras picked up Nadal and Federer glued to the screen when Murray was on course to break De Minaur’s serve. The Brit had moved into the net and had the court at his mercy for a sliced backhand, but he sent his shot into the net.

The Team Europe bench reacted by falling out their chairs with both Novak Djokovic and Stefanos Tsitsipas bumping into each other. Then cameras panned to the break room, where Federer couldn’t help but laugh while Nadal looked almost fed up that his team-mate missed the shot.