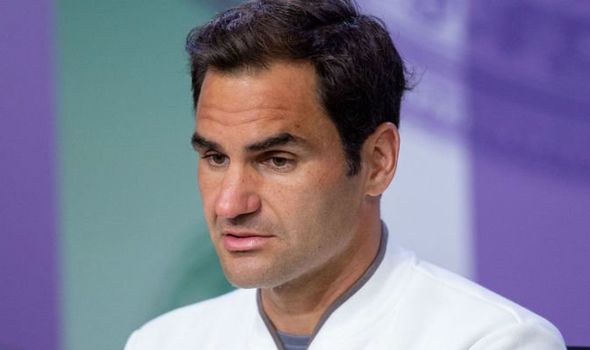 Federer was beaten by Novak Djokovic in crushing fashion in the Wimbledon final after failing to take two championship points on his serve.

And Swiss will now have to recover emotionally and physically with the hard court season set to resume.

There are two Masters 1000 events in Montreal and Cincinnati before the final major of the year in New York.

Historically, Federer has tended to play just one of those events before playing the US Open.

And this year is no different with Federer revealing he would be back in action in August at the event he’s won seven times.

“Looking ahead, we had decided in the team I was going to skip Montreal anyway already a week ago, just give myself enough time.

“I wish I had more, but I don’t. I’m just going to take enough time off what I can and prepare for Cincinnati and get going from then on again.”

Last year, Federer was beaten in Cincinnati by Djokovic and that allowed the Serbian to complete his haul of Masters titles.

Victory for Djokovic means he has now closed the gap to Federer in the all-time Grand Slam titles list.

Federer remains on 20 while Djokovic is four behind on 16 and the Swiss says he doesn’t want to be depressed about the defeat.

“Yeah, I mean, similar to getting broken when serving for the match: take it on your chin, you move on. You try to forget, try to take the good things out of this match. There’s just tons of it,” he stressed.

“Like similar to ’08 maybe, I will look back at it and think, Well, it’s not that bad after all. For now it hurts, and it should, like every loss does here at Wimbledon.

“I think it’s a mindset. I’m very strong at being able to move on because I don’t want to be depressed about actually an amazing tennis match.”