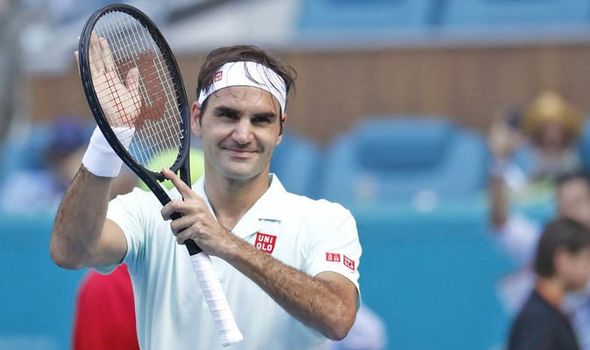 Federer sealed his place in the last 16 in Miami with an impressive straight-sets display against Filip Krajinovic.

And the Swiss will play the rapidly improving Medvedev in the night session on Tuesday.

Federer beat Medvedev twice in 2018 but both matches were close affairs.

And speaking after his win over Krajinovic, Federer said he was expecting a tough battle.

He told the ATP: “It is always going to get tougher from here on. Guys especially that can play up [the court] more and beat the best.

“I think Medvedev has had a terrific season so far. A bit of a surprising loss in Indian Wells. Medvedev likes to play from really far back.”

On Saturday, Federer struggled as he was taken to three sets by Radu Albot.

But the 37-year-old looked more at ease against Krajinovic and he was pleased with his improvement in performance.

Federer said: “Yeah, especially [because] he’s been winning a lot of matches here and in Indian Wells.

“You can always feel that in a player like with Albot. They know what they want to do. They stay calm till the very end.

“They believe they can turn it around. But I was able to serve it out perfectly. I think it was a good second match for me.

“Much more humid so I’m happy I played through this kind of conditions.

“[And] I felt like I played a little bit better knowing the conditions.”