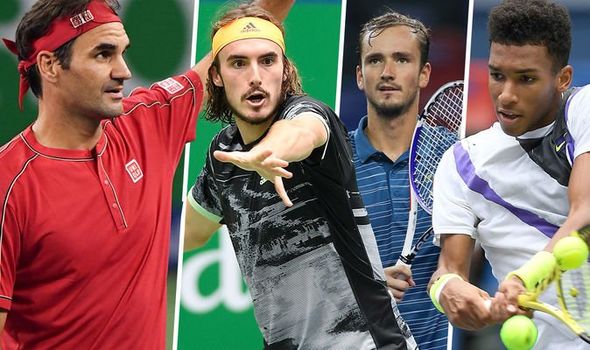 Roger Federer believes there are as many as eight young players ready to challenge the stranglehold he, Novak Djokovic and Rafael Nadal have on the men’s game.

The Big Three have accounted for the last 12 Grand Slam titles between them – which ties for the 2nd-longest streak won by the trio.

And the last player not named Federer, Djokovic and Nadal to win a Grand Slam title was Stan Wawrinka, who won the 2016 US Open.

This year has the seen the emergence of Stefanos Tsitsipas, Daniil Medvedev and Felix Auger Aliassime while the likes of Andrey Rublev and Matteo Berrettini have enjoyed breakthrough wins.

It still remains to be seen whether the young stars can get over the line and win the biggest titles consistently.

But Federer has been impressed with what he’s seen and name-checked eight players he, Djokovic and Nadal need to be wary of.

“Well, what I like is that I’m seeing big improvements now,” he said in his press conference. 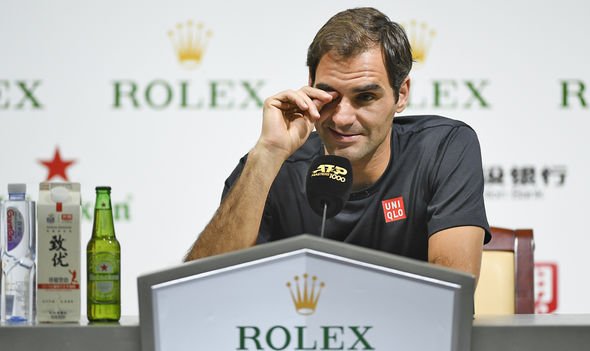 “Not like there were none beforehand, but now they are playing with the big boys, you know, and really able to challenge us, beat us, having good rivalries also within each other, which I think is important for them to improve as players.

“Because you look – I mean, I remember when I was coming up and I had Safin and Roddick and Hewitt and Ferreira and everybody. You don’t want to be the last guy of that group.

“Sure, preferably first, but if you can’t be first for the time being, well, you don’t want to be last.

“So I think it really creates good intentions to actually wanting to improve faster, and I see that right now. We didn’t think that Tsitsipas was going to come up as quick as he did. He had an unbelievable year from a year and a half ago.

“And to Medvedev now, his run is crazy. [Karen] Khachanov winning Paris, that was unexpected.

“Each one of them has really shown some really good matches and some great runs. Same with [Denis] Shapo and Felix and Rublev, also. Obviously Sascha [Zverev] was there before. Nick, we know, too.

“I think really it’s a lot of guys, which helps for them to really make a move now. Yeah, they’ve got our attention, no doubt about that.