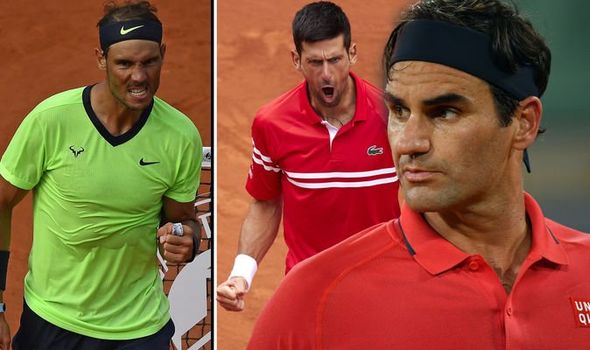 Roger Federer admits he’d rather be in the shoes of rivals Rafael Nadal and Novak Djokovic at the French Open after he slogged his way to victory over Dominik Koepfer in the third round of the tournament late on Saturday night. The 39-year-old was taken to three tiebreaks and needed three hours and 35 minutes to find his way past Koepfer on an empty centre court.

Federer was made to work hard by Germany’s Koepfer, the world No 59, on Court Philippe Chatrier but was also his own enemy at times as he made 63 unforced errors.

He is exceeding expectations on clay given it is not his favourite surface and the fact he lost in his opening match at the Geneva Open last month, just his third match back on the ATP Tour.

But the 20-time Grand Slam champion, who twice underwent knee surgery last year and is still rediscovering his best tennis, admits he would rather be either Nadal or Djokovic right now.

Neither defending champion Nadal, a 13-time French Open winner, or world No 1 and Australian Open champion Djokovic have dropped a single set yet in Paris.

And Federer knows that Djokovic potentially lies in wait in the quarter-finals if he beats Berrettini, with a possible semi-final clash with Nadal awaiting the winner of that match. 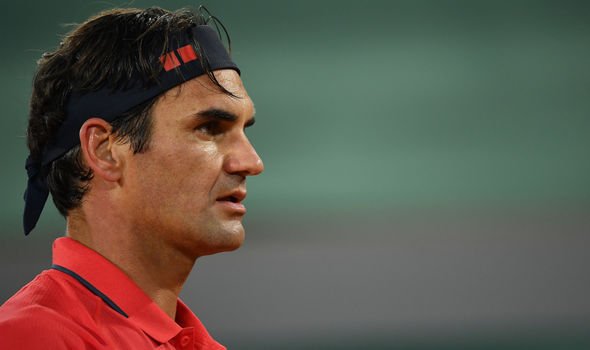 He reflected: “I clearly hadn’t practised for [a game that would last] three hours, 35. I pushed as much as I could, as we thought reasonable.

“But this today was I think a huge step forward for the team. I didn’t expect to be able to win three matches here.

“It is fun in some ways not knowing, like in 2017 when I came back or when nobody really knows – even myself doesn’t know what is possible.

“So that’s got a fun angle but I would prefer it differently. I would prefer to be in Rafa’s or Novak’s shoes right now where they’re like, ‘I’m feeling good. If I’m playing well, I’m winning.’

“I don’t have that feeling right now, so for me these are all stepping stones.”

Federer added of playing under the lights without a crowd due to a French government curfew: “It was a lot of premiers for me; playing against Koepfer for the first night session here in Paris, first time no fans in a long, long time, or ever in my career. 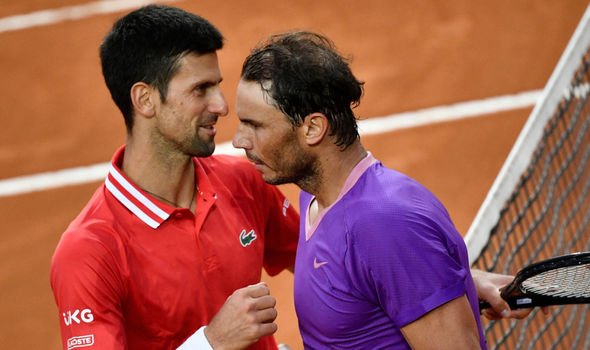 “That was definitely very unique in many ways, and I’m happy I found a way. Also especially emotionally, how do you handle losing that second set?

“How do you handle to keep pushing yourself on and try to feed off the energy of the team and thinking of all the people watching on TV?

“I was really picturing a lot of people on a Saturday night maybe checking in on the game and watching some tennis. So, in many ways, I was also playing for them and trying to let that inspire me.”

But despite his victory, Federer admitted that he could withdraw from the French Open before facing Berrettini as he looks to ensure he is physically ready for Wimbledon, which begins June 28.

The eight-time SW19 winner has made no secret of the fact ever since his return to the ATP Tour that success at Wimbledon is his main priority in 2021. 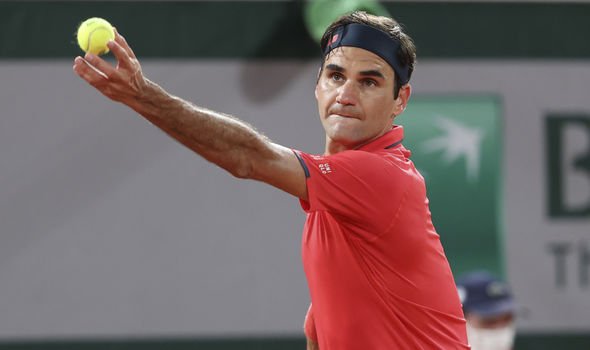 And he will also play at the grass-court Halle Open from June 14 to June 20 in order to be at his peak level of performance for the third Grand Slam of the year.

“These are all stepping stones to something that is really important to me. It is the season, and it is the comeback. I need matches like these,” Federer added after beating Koepfer.

“We go through these matches, we analyse them highly and look on what’s next and will do the same tonight and tomorrow, because I need to decide if I keep on playing or not.

“Is it not too much risk at this moment to keep on pushing, or is this just a perfect way to just take a rest?

“Because I don’t have the week in between here and Halle like normal to see what’s best now, if you count back from Wimbledon and so forth.

“It’s just a lot going on, but having a match like this, knowing I could have probably played a fifth set but not knowing how I will wake up tomorrow is interesting, to say the least.”