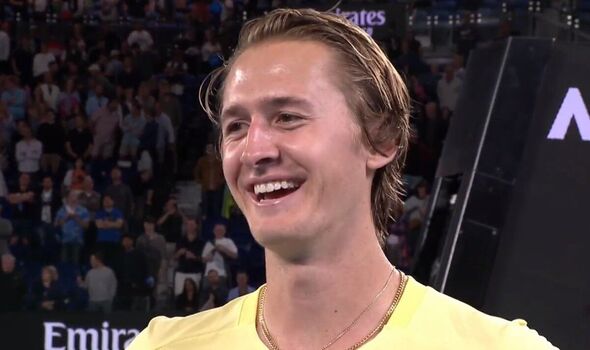 Sebastian Korda jokingly called himself the “worst athlete in the family” while comparing his exploits to that of his two sisters, mother and father following his incredible win over Daniil Medvedev at the Australian Open. The Korda family have been dubbed the ‘world’s greatest sporting family of all time’ and young Sebastian is the latest to enjoy huge success.

He’s been slowly rising up the rankings in the men’s game ever since he entered the pro tour and is now through to the fourth round of the Australian Open after a stunning straight-sets victory over Medvedev. But Korda’s success on the court can be traced all the way back to both his mother and father.

Petr Korda, originally from Czechoslovakia, won the Australian Open title back in 1998 while Sebastian’s mother, Regina Rajchrtova, was a tennis star in her own rights and represented her country at the Olympic Games in 1988. They passed that sporting gene down to their two daughters first, both of whom went on to win Australian Open titles in golf.

And now Korda is looking to become the latest member of the great sporting family after his impressive win over Medvedev. Although, the 22-year-old poked fun at himself on his on-court interview as he joked that he has a long way to go to match the success of his siblings and parents.

“One of them in Royal Melbourne and the other in Royal Adelaide [ed The Grange].

“Nelly, my sister, was No 1 [in golf] and my older sister Jess was No 6 [in golf], so I’m definitely the worst athlete in the family so far.”