Home » Tennis » The Naomi slam: Osaka wants to win on all surfaces

Having won four of the past nine major titles, prompting a description that Naomi Osaka is the “next boss” of women’s tennis, she declared that she’s chasing more stability instead of “randomly popping up” to claim majors.

After another strong grand slam final performance to join Roger Federer and Monica Seles as winners of their first four major finals, Osaka wants improvement and consistency on grass and clay but the world No.1 ranking – held by Ashleigh Barty for more than 18 months – is not at the top of the shopping list. 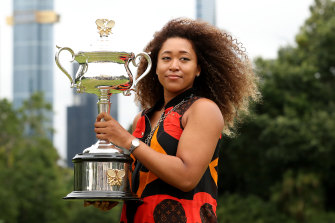 The 23-year-old said her game and tactical approach on clay and grass had improved in the past 12 months.

“I think I have more of an understanding of what I’m supposed to do. Before I would just head into a match sort of unaware of different patterns and things like that, now I talk to Wim [coach Wim Fissette] a bit more on strategy,” said Osaka.

Saturday night’s second Daphne Akhurst Memorial Cup for Osaka, alongside US Open crowns won in 2018 and 2020, means the powerful Japanese is the undisputed queen of the hardcourts. 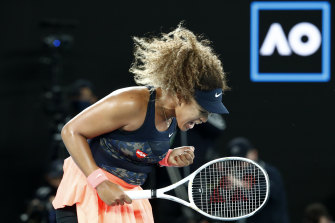 Naomi Osaka was all business during her win over American Jennifer Brady in the final on Saturday night.Credit:Getty Images

Since she broke through by upending Serena Williams’ hopes in New York three years ago, women’s tennis has not had another multiple major winner and first timers have included Barty and Canadian Bianca Andreescu.

“Everyone knows I can do well on hardcourt, for me I just want to get comfortable on the other surfaces,” said Osaka, matter-of-factly.

Stepping out with the trophy in hand in Melbourne’s gardens outside Government House on Sunday morning, with dozens of photographers on hand, it became even more apparent that Osaka was the face of women’s tennis, a point helped when she eliminated childhood idol Williams in the semi-finals.

Osaka is acutely aware of her role-model status and growing stature in the game. Once a player who has thought to be coming, now she has well and truly arrived.

Which is what made a post-match comment more enlightening. Asked what was the biggest thing she still wanted to achieve – on or off the court – Osaka said: “This is going to sound really odd, but hopefully I play long enough to play a girl that said that I was once her favourite player or something. For me, I think that’s the coolest thing that could ever happen to me.” 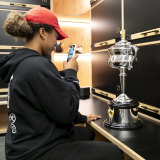 The new champion couldn’t resist taking her own photo of the trophy in the locker room after her emphatic win.Credit:Tennis Australia

Quizzed on more mundane matters the following morning, however, Osaka indicated that physical fatigue had taken over after a host of commitments.

“The biggest thing I wanted to do was go to sleep, so I took a two-hour nap after I won, now I’m here, so hopefully I can celebrate a bit more today,” she said.

Ticking off the goals is becoming a habit for Osaka – and, yes, the Tokyo Olympics loom large – but she won’t be bothered if a fifth major title is won at Roland Garros, seeing her join the likes of Australian Daphne Akhurst, Martina Hingis and Maria Sharapova, and comes before the ultimate success at Wimbledon.

“Hopefully, clay because it’s the one that’s sooner,” said Osaka.

“I feel like I have to get comfortable on those surfaces. That’s the key thing that, you know, I didn’t play juniors, so I didn’t grow up playing on grass at all.

“I honestly think I’d have better luck on clay, because I think last year I didn’t play bad at all. It’s just something that I have to get more used to.”

Osaka jumps into the world No.2 ranking spot after beating American Jennifer Brady, moving her to striking distance of Barty, who is set to play more events after missing almost all of 2020.

But she said she wasn’t giving any more thought about the Australian ahead of any other top-line opponent.

“She’s the No. 1 player in the world, of course it’s going to be tough,” said Osaka.

“I put the mindset of I don’t really worry about the person I might play, until I actually play them.”

And with more consistent performances across all four surfaces, Osaka will rid herself of the “drop off” she said she experiences in the middle of the year. Getting to the No.1 position might happen by accident.

“Honestly, I don’t really think about the ranking at all. For me, I don’t play the most tournaments,” she said.

“I just want to do well in all of the tournaments that I play. That’s my goal – to be consistent this year, not to have a huge drop-off randomly in the middle section like June, July.

“But, yeah, I don’t want to think too much about the rankings. It will come if I play well, and that’s what I tell myself.” 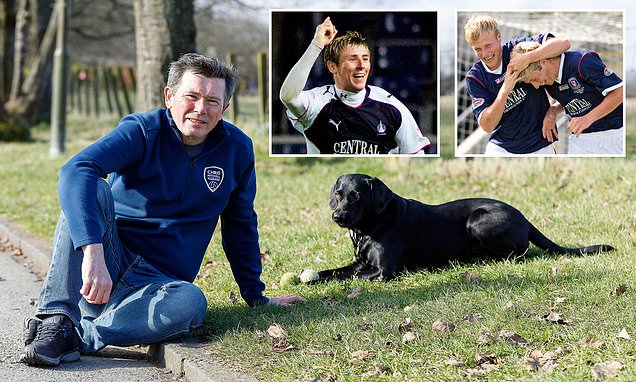 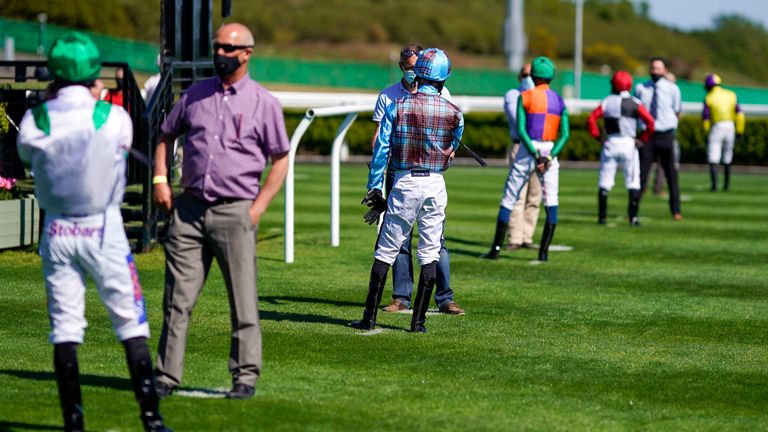 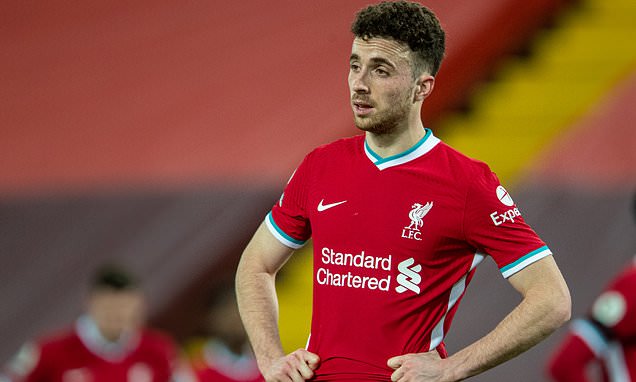 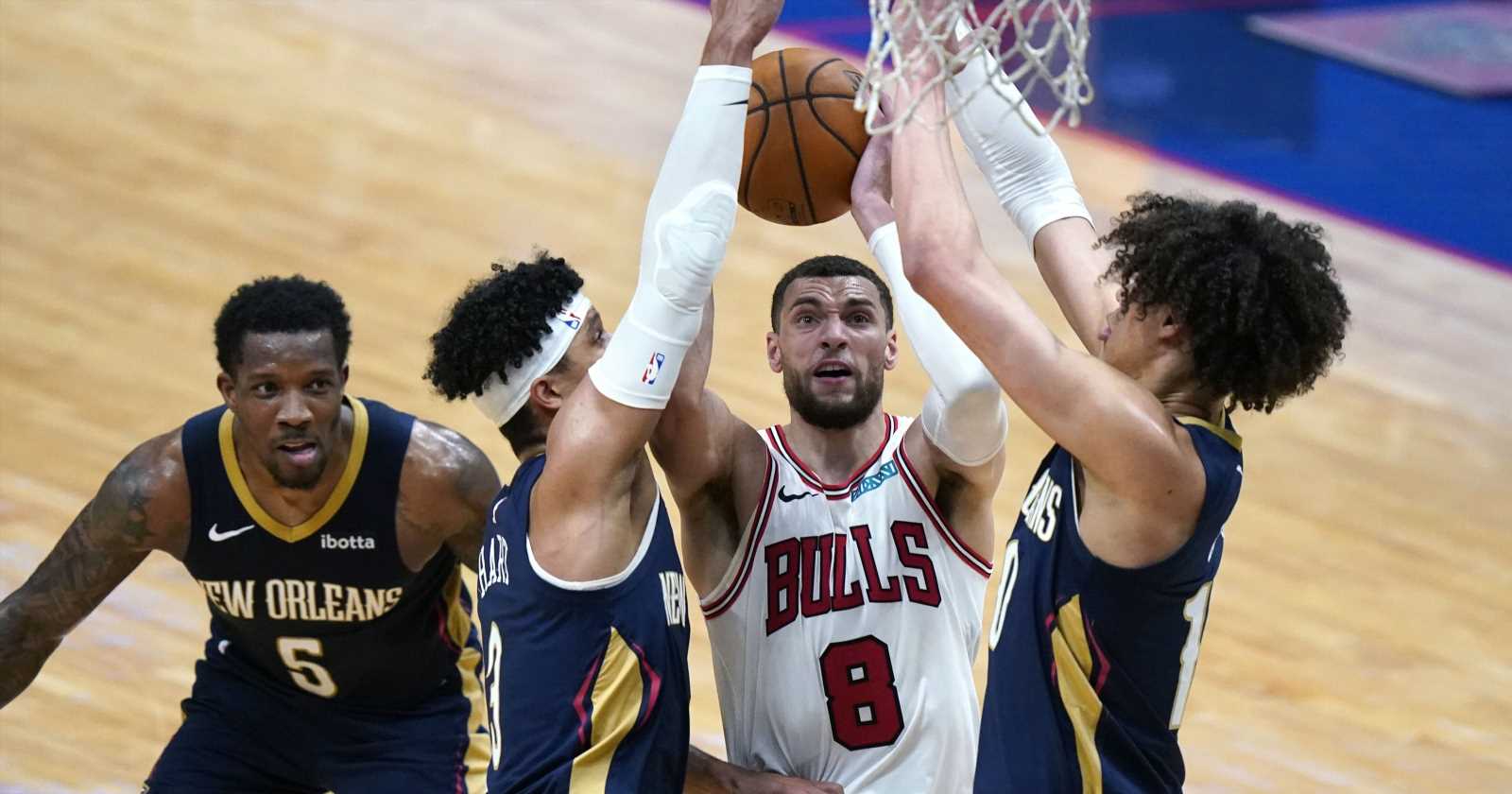