Home » ‘This is amazing!’ Andre Agassi on how he knew EXACTLY how Boris Becker was going to serve

Andre Agassi marked turning 51 by letting tennis fans into the secret of how he was able to predict exactly where his rival Boris Becker was going to serve. The tennis legend came up against the former world No 1 many times on the court. At first, he struggled to compete with Becker’s powerful serve, however, Agassi was able to spot a tell that signalled where the German was going to target next.

Mr Agassi told Tennis TV: “Boris Becker who beat [me] the first three times we played because his serve was something the game had never seen before.

“Well I watched tape after tape of him and stood across the net from him three different times and I started to realise he has this weird tick with his tongue.

“I’m not kidding, he would go into his rocking motion, his same routine and just as he was about to toss the ball, he would stick his tongue out.

“And it would either be right in the middle of his lip or it’d be to the left corner of his lip. 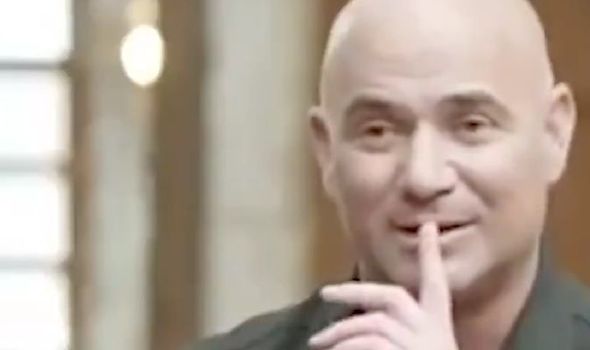 He continued: “So if he was serving to the deuce court and he put his tongue to the middle of his lip.

“He was either serving up the middle or to the body.

“But if he put it to the side he was going to serve out wide. 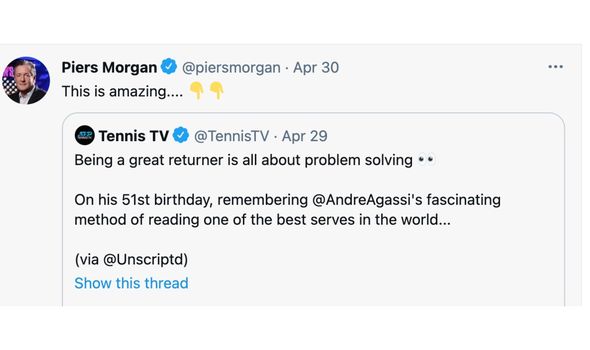 The revelation by Agassi has been getting a great reaction from sports fans with the clip receiving over 1.5 million views on social media.

Among the fans to react to the interview was former Good Morning Britain host Piers Morgan.

He shared the clip was his followers with the caption: “This is amazing!”