Frances Tiafoe has responded to NBA legend LeBron James, after the basketball star sent a message to his fellow American following his impressive win over Rafael Nadal. Tiafoe saw off tennis great Nadal on Monday, after defeating him 6-4, 4-6, 6-4, 6-3 in the round of 16 at the US Open.

The victory was an impressive one for the American, who inflicted a first Grand Slam defeat of 2022 on Nadal after the Spaniard won both the Australian and French Open, before withdrawing from Wimbledon ahead of a semi final clash against Nick Kyrgios.

Following the shock win, Tiafoe received the plaudits from one of his nation’s great sportsmen in James, who took to Twitter to pay tribute to the 24-year-old. Taking to Twitter, the LA Lakers star wrote: “CONGRATS Young King!!! You earned it!”

Tiafoe has since responded, and it is more than fair to say the American was over the moon to receive recognition from the NBA stalwart, despite trying to play it cool. Per Eurosport, the 24-year-old said: “Man, I was losing it in the locker room. Bro, I was going crazy.

JUST IN: Rafael Nadal theory tabled by Mats Wilander after US Open loss – ‘The players know’ 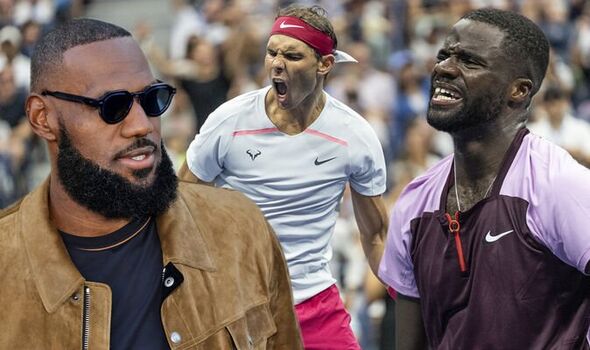 “I mean, that’s my guy. So to see him post that, I was like, ‘Do I retweet it as soon as he sent it?’ I was like, ‘You know what, I’m going to be cool and act like I didn’t see it’ and then retweet it three hours later.

“Obviously he knows I’m a big fan of his. I got a text from Rich Paul as well. That’s super cool. The fact they’re watching right now. It’s a perfect time. US Open is always a perfect time because there’s no real sports really going on. People can focus on tennis, which is great.” 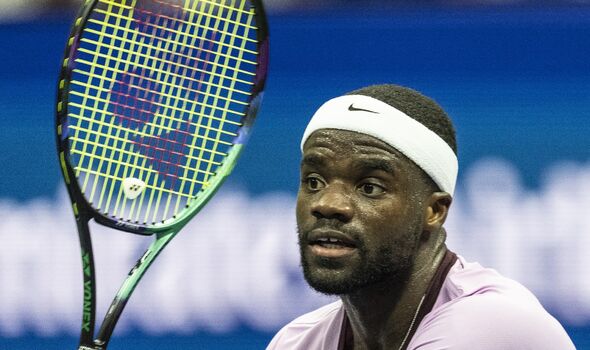 Nadal’s exit leaves the men’s draw wide open with all eight of the remaining players yet to win a Grand Slam title. Following his win over one of the world’s best, Tiafoe has been given a confidence boost heading into the business end of the tournament.

He said: “I know what I can do, I know what I’m capable of doing these next couple matches… I still feel no pressure. I still feel like I’m not supposed to do anything. I’m just here to play great tennis and enjoy it. I’m having fun out there, as you can see.”