Home » Tennis » Wimbledon: Britain’s Cam Norrie says he is looking forward to being in the whites for grass season 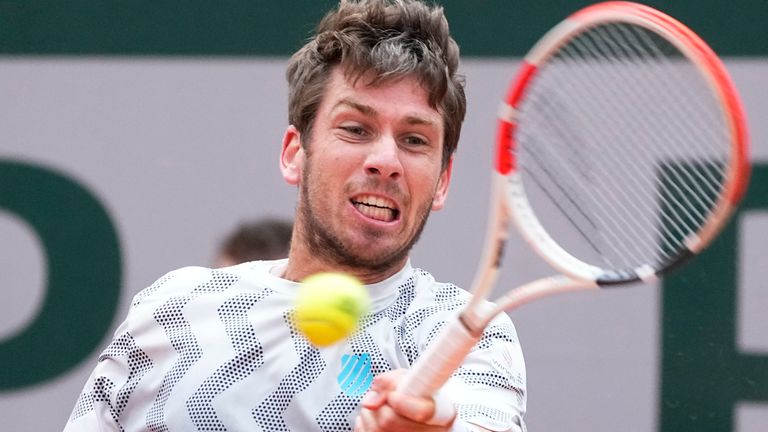 Britain’s Cam Norrie says he is looking forward to being in the whites for the grass season as he prepares to improve on his record at Wimbledon.

The 25-year-old concluded a brilliant clay-court season with defeat by Rafael Nadal in the third round of the French Open on Saturday.

Despite losing to the Spaniard for the third time this year, there were only positive reflections for Norrie on a campaign that brought him final appearances at the ATP Tour events in Estoril and Lyon on the red dirt.

“It’s been a great clay season and I really enjoyed it, but now I’m ready for the grass.”

Norrie says he is “moving well” and is “physically in great shape” ahead of his appearance at Queen’s Club later this month as he reflected on his clay season with great positivity.

“I think my forehand improved a lot on the clay, and a lot of matches I was dictating with the forehand and was able to be pinning guys in the backhand side and then using my backhand pretty effectively,” he said.

“All in all, I competed well and was happy with my attitude. It was maybe just the one match in the whole clay season where I didn’t compete as well as I would have liked.

“But if you look at the guys that I lost to on the clay, it was all pretty high-level matches and good names. So there was not real bad losses on the clay, and I got a lot of wins and a lot of momentum.”

Norrie feels the transition from clay to grass might be difficult but says he still wants to maintain his high level of tennis.

“I just want to take that into the grass and, after playing with Rafa and playing at that level, I always play at a different level and seem to almost improve and to keep that,” he said.

“It’s going to be tricky going from the clay to the grass, so get back to London tomorrow and prepare as much as I can. I can’t wait for being back there and playing in front of some home crowd and getting some support.”