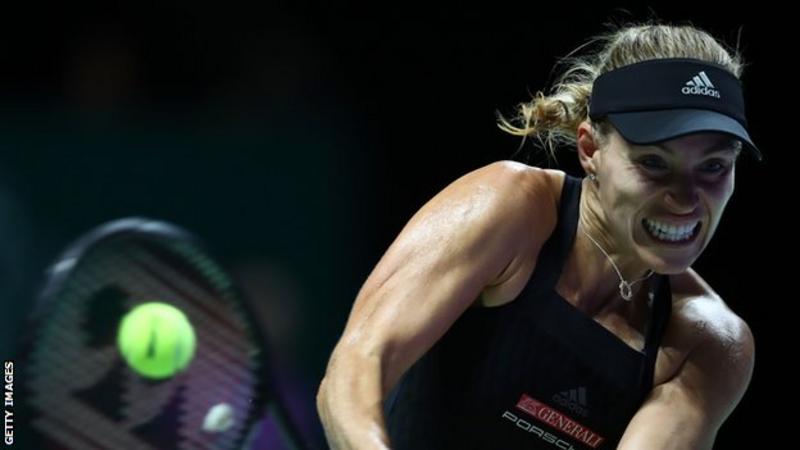 Angelique Kerber beat Naomi Osaka at the WTA Finals to leave the US Open champion on the brink of elimination at the group stage.

Germany’s Kerber, 30, has one win from two in the group, while Osaka, 21, has lost both of her round-robin matches.

Kiki Bertens and Sloane Stephens, who both won their opening matches in Singapore, play later on Wednesday.

The first hold of the match came in the fourth game from Kerber. The rest of the first set went with serve, despite Osaka having a triple break point in the final game.

The US Open champion levelled things up in the second set, winning three games in a row from 5-4 down in a set that included seven breaks.

The decider went with serve until the seventh game, when Kerber won four consecutive points to put herself ahead.

The WTA Finals feature the top eight players this year, split into two groups of four. The top two from each group progress to the semi-finals, with the final on Sunday.

Osaka still has a slim chance of reaching the next round, but needs Stephens to beat Bertens.