Irish UFC superstar Conor McGregor is ready to settle the score in his trilogy with Dustin Poirier at UFC 264. And the Dubliner has responded strongly to comments from the American suggesting he’s lacking in confidence ahead of the fight.

McGregor and Poirier will face off in the main event on Saturday night in Las Vegas, where a packed crowd will watch them settle their three-fight rivalry with the scores perfectly poised at one win apiece.

McGregor claimed a first-round TKO victory in their first meeting back in 2014, but Poirier evened the score with a TKO finish of his own at UFC 257 in January.

Now they’re set to face off for a third time, and Poirier has suggested that McGregor’s more amped-up personality ahead of their third bout reveals a weakness in the Irishman’s psyche.

“The good thing about this one is if it’s crazy Conor again, I just don’t give a f***,” Poirier told ESPN. 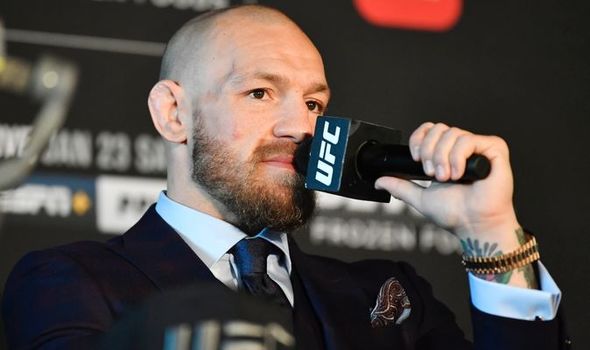 “I really don’t care and in the last one, too, if he’d have been crazy, I’d have been all right.

“I just don’t beat myself up mentally like I used to with the critics.

But Poirier also said that McGregor’s antics are all a front, especially given the Dubliner’s fate the last time they met inside the cage.

“I wouldn’t say funny, but it’s – how crazy can you be?” he continued.

“You got knocked out last time. We put you on airplane mode in front of the world in Abu Dhabi. What can you say?”

McGregor had tweeted to dare Poirier to stand and trade with him, posting, “First one to shoot’s a dusty b****.”

Poirier laughed off the challenge, as he reminded McGregor what sport they’re competing in.

“Isn’t he the one whose always preaching about the flow, the full martial arts, no holds barred, no rules, the ultimate fighting, when he’s talking about boxing and stuff, right?” Poirier said.

“How about the first one to get taken down is a dusty b****?

“This is mixed martial arts. Put it all together. It reeks of insecurity to me.”

That sparked a response from McGregor, who answered back during an Instagram Live Q&A session.

“There will be a lot of weapons produced on the night, that’s for sure.

“He wants mixed martial arts? He’s going to get it.

“It’s been nothing but mixed martial arts, so I’m ready to put on a show.

“You can go through YouTube and see every interview in the book.

“That’s the way I’m feeling here with this. Straight back on the building site.

“He talks some amount lately. He’s going to pay for that, that’s for sure. That’s not going to be nice.”