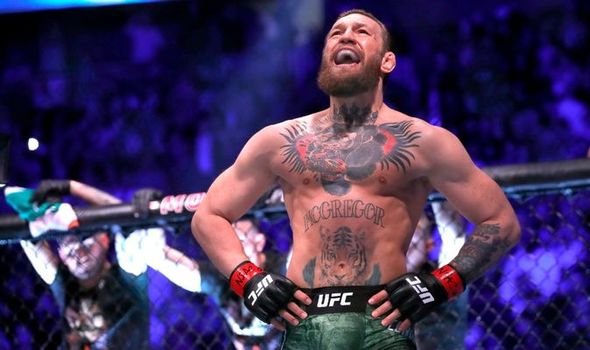 Conor McGregor announced to his eight million Twitter followers that he has “decided to retire from fighting”. The message to his fans came following the conclusion of UFC 250, where Amanda Nunes beat Felicia Spencer to retain her featherweight title.

Why has Conor McGregor announced his retirement?

McGregor thanked fans for the memories but did not specify a reason for his decision.

“Thank you all for the amazing memories! What a ride it’s been!”

McGregor also shared a picture of him with his mother following a one of his title wins in Las Vegas.

He added: “Pick the home of your dreams Mags I love you!

“Whatever you desire it’s yours.”

This wouldn’t be the first time McGregor has announced his retirement, though.

In fact, the 31-year-old has now made the announcement for the third time in four years.

The first instance was in 2016 following his defeat to Nate Diaz, with McGregor taking to social media shortly after.

He wrote: “I have decided to retire young.”

“Thanks for the cheese. Catch ya’s later.”

McGregor, though, returned a few months later to beat Diaz in a rematch.

In March 2019, the Dublin fighter also announced his retirement via Twitter.

The announcement came in the wake of the defeat to Khabib Nurmagomedov in October 2018.

Initially, though, he indicated a rematch with the Russian was on the cards.

He wrote: “Good knock. Looking forward to the rematch.”

And the fighter also posted the following message on Instagram: “I’ll be back.”

“I wish all my old colleagues well going forward in competition. I now join my former partners on this venture, already in retirement. Proper Pina Coladas on me fellas!”

McGregor, though, returned to UFC action against Donald Cerrone in January.

The Irishman was victorious in the main event at UFC 246 with a first-round stoppage.