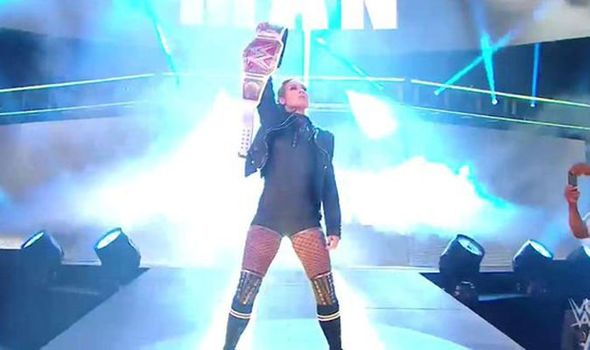 HELL IN A CELL LIVE RESULTS

Becky Lynch defeated Sasha Banks to retain the RAW Women’s Championship in a gruelling Hell in a Cell Match.

Lynch and Banks have been embroiled in a heated rivalry ever since the latter’s return to action following a four-month absence.

The challenger attacked the champion before the bell and brutalised her at ringside by banging her head against the cage which was not yet fully lowered.

The two competitors then whacked each other with a steel chair as well as kendo sticks while the crowd at the Golden 1 Center in Sacramento, California chanted, ‘This is awesome’.

HOW TO WATCH HELL IN A CELL FOR FREE

At some point The Man set up a chair on top of three kendo sticks and sat Banks on it before launching at her with a wicked Dropkick.

The Boss, though, regrouped as she slammed The Irish Lass Kicker through a wooden table with a Double Knee.

However, Lynch came back as she dropped her opponent on a pile of chairs from the top rope with a Becksploder.

That was when the Irish megastar locked in the Dis-Arm-Her and made the four-time women’s champion tap out. 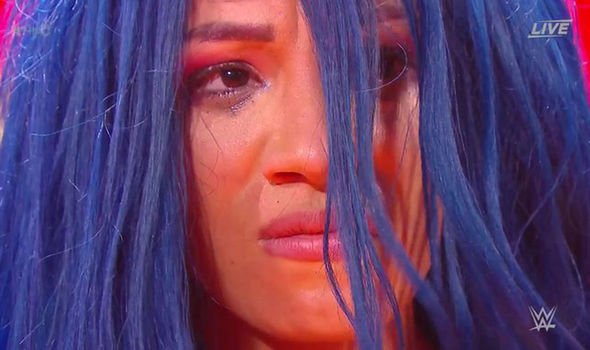 The crowd erupted as the winner celebrated her major victory.

Banks was visibly dejected as she watched from the top of the ramp with tears running down her eyes.

It is not yet certain if their feud is over as usually those kind of programmes end after at least three matches.

It will all depend on which brand those two superstars end up at after the Draft, which takes place next Friday and Monday on SmackDown and RAW respectively.

Banks was hoping to leave Sacramento with gold around her waist just like her ally Bayley, who is the SmackDown Women’s Champion.

Bayley will defend her belt against Charlotte Flair at Hell in a Cell later on.